Who decided Pierce Brosnan was sexy? As one who belongs to the aging female demographic to which a Hollywood rom-com such as How to Make Love Like an Englishman is surely targeted, let me tell you he is not. He's always been too pretty, too slick and too vapid. Instead of genuine charm, he exudes the untrustworthiness of the variety known as "hard dog to keep on the porch" (to borrow Hillary Clinton's memorable metaphor). Well, maybe he misjudged his own sex quotient himself, since he gets an onscreen credit for executive producing this disaster in which, not to indulge in typecasting, he plays an aging Lothario.

That part, at least, is believable. What is not is that this synthetic character is supposed to be an unmarried Cambridge don who has rejected literary theory as a tool to understanding the Romantic poets in favour of naked hedonism. No, seriously, is this so hard? Doesn't somebody somewhere in this film crew have a sister-in-law who did a PhD in Italian lit or pre-Colombian history or something? Perhaps lots of university professors are self-aggrandizing and sexist jerks, but it really would be hard for anyone who spent a lifetime in academia to be this superficial.

Anyway, while slithering his way amongst the dreaming spires – oh, excuse me, is that Oxford? So hard to remember the difference – Richard succeeds in seducing an American student and impregnating her. The lovely but controlling Kate (Jessica Alba) naturally assumes he will return to L.A. with her, shack up in the beachside palace her invisible but supremely wealthy father has provided and start knuckling down to parenthood.

Well, since this is a movie aimed at middle-aged women, he does, of course, and learns things along the way – like he loves his kid – even if his American tottie quickly ditches him for someone her own age. But that's okay: We know he is really supposed to be boinking her Hispanic half-sister because in that role Salma Hayek is doing a much more convincing imitation of sultry, always turning up in a revealing black dress when others are clad in the kind of relaxed layers that Californian weather actually demands.

The something-or-other to true love never did run smooth, so our friend Richard has to teach in a crappy community college and battle for his green card along the way, not helped by a drunk-driving rap that leads him to an AA meeting where he offers dope to an undercover immigration agent.

Mainly the comic outcomes of these setups are painfully predictable and when they aren't – Richard gets deported and re-enters the United States through the Mexican desert with a group of illegals – they border on the offensive.

The only genuinely funny bits are offered by Malcolm McDowell – oh, dear, the audience is probably old enough to have least heard of A Clockwork Orange and thus experience a mild frisson at the old trickster's very presence. He plays Richard's foul-mouthed and grumpy father rather amusingly, although the idea that this resolutely working-class character was a licentious rebel who made Cambridge don in his own day is also preposterous.

Director Tom Vaughan and screenwriter Matthew Newman are apparently deaf to the demands of class in Britain – surprisingly since Vaughan is a Scot – or perhaps they simply expect all the American women in the audience to be as easily bamboozled as the pouty Kate. But she, of course, has quickly awoken and dumped the main bloke, which the audience may, too.

It's revealing that this film has been retitled in the United States as Some Kind of Beautiful. Maybe somebody started to have second thoughts about American women's fascination with the sex life of Englishmen. Or maybe Brosnan remembered he's actually Irish. 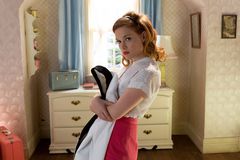 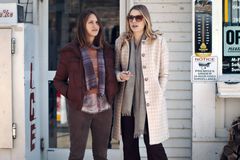 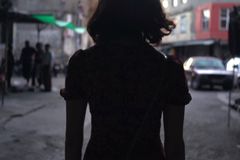 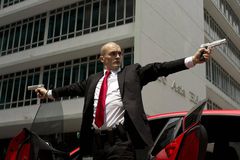