Restaurants have a storied cinematic history as settings for iconic scenes: Sally Albright fakes it for Harry Burns at Katz's Delicatessen. Vincent Vega and Mia Wallace do the twist at Jack Rabbit Slims. Lady canoodles with the Tramp at Tony's. But, not until Saverio Costanzo's Hungry Hearts has there been a meet-cute in the pungent bathroom of a Chinese diner.

Jude (Adam Driver) and Mina (Alba Rohrwacher) have been locked inside the New York dive by accident, and Costanzo trains his lens tight on a peeling little space in which his flustered principals fall in love. Fittingly – ominously – Mina laments: "We are going to spend the rest of our lives here." Jude laughs: "I hope not."

Costanzo's unassuming dialogue would rightly lead anyone to believe Hungry Hearts is a romantic comedy, which it vehemently is not. Instead, the director – adapting Marco Franzoso's novel The Indigo Child – gives us a robust thriller with a questionable, although intriguing, commentary on motherhood and mental illness.

Following the bathroom meeting, we find the couple living together in a tiny New York apartment. When Mina is asked to relocate for work, Jude proposes and they instead get married and stay in the city. At the wedding, a bashful Jude serenades his new bride in Italian, singing, "So much of you is soft and warm, but some of you is summer storm / There's always something new, a different you for me to know." And so there is.

When Mina discovers she's pregnant, she becomes convinced that her child is blessed, and eschews modern medicine for naturopathic methods, restricts her diet and insists on a water birth. Later, when forced to deliver in a hospital because of complications, she is inconsolable.

At seven months, Mina's baby – small for his age – rarely goes outside for fear his purity will be tarnished. Although Mina is diligent in caring for their child, a worried Jude begins to wonder why his son isn't gaining any weight, and relations only worsen when a doctor says the baby is malnourished.

Costanzo playfully drums up the tension. Jude hugs his wife when she's cooking, while Mina's fingers play with a knife nearby; Mina hovers over her husband as he sleeps, swooping in to whisper in his ear that she found meat in their baby's vomit. The director's high angles and fisheye lens grow more ambitious, even maniacal, as the relationship deteriorates. It's camerawork that's as warped as the family dynamic, which reaches a disturbing breaking point when Jude's mother becomes involved.

But amid the heart palpitations that accompany Costanzo's deft narrative comes perplexity: Why do our sympathies fall with the harried Jude, and not his troubled wife? North American culture is increasingly informed about postpartum depression, but this understanding isn't extended to Mina in the slightest. What's more puzzling is the consistent vilification of a struggling mother, rather than a discussion about her mental health. It's easier to bill Mina as crazy rather than ask: "Well, why?"

Costanzo's direction is artful, his actors are sublime – both Driver and Rohrwacher won acting prizes for their roles at last year's Venice International Film Festival – and its shocking denouement is engrossing. But the artistry and emotional devastation is ultimately undermined by hinting at a dialogue on the politics of parenting that it never quite delivers on. 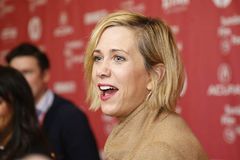 Film Review
Point and Shoot: A narcissist’s crash course in how to be a man
November 21, 2014 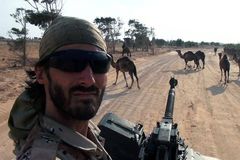 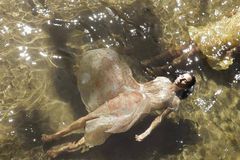