As a drama about white supremacists, Imperium begins provocatively by flashing a quote on a black screen: "Words build bridges into unexplored regions." Then, a beat later, the speaker is identified: Adolf Hitler.

Can words and images lead an audience, not to sympathize, but to understand the root of evil in Hitler's nasty little descendants? Well, potentially a film should be up to the task but in this limp debut feature from director and writer Daniel Ragussis, the characters' motivations are never complex enough nor their actions dramatic enough for the minor insights gleaned to be worth the major pain of two hours in their company.

At least the casting is amusing: Daniel Radcliffe plays Nate Foster, a young, idealistic FBI agent in Washington, D.C., who agrees to infiltrate a skinhead gang with terrorist ambitions in an attempt to trace some stolen explosives. So, Harry Potter has grown up and gone Muggle but he still has a talent for looking anxious, swallowing hard and furrowing his brow when confronted with the real world's many Voldemorts.

Seriously, Radcliffe may never escape the aura of his most famous role but he does create a nice little geek here with a plausible American accent. His diminutive stance and smart persona bring a bit of counterintuitive sensitivity to the macho world of the thriller – if you are willing to believe that his new comrades don't tumble to Nate when he reveals a fondness for Brahms.

In another bit of sideways casting, he is unleashed by a strong female boss: the ever-reliable Toni Collette plays an FBI desk officer willing to buck the anti-Islamist obsession of her masters to pursue homegrown race warriors. Her character's perpetual gum-chewing becomes repetitive, but the relaxed and intuitive veteran investigator who she creates, friendly if not actually motherly towards the young Nate, gives the cop shop some much needed variety.

What is lacking here is much depth in Nate's encounter with white supremacist theories. He is shown sighing mightily as he tries to read Mein Kampf or a Klan tract in his grim new apartment or looking darkly saddened at a cross burning, but there is never any sense that the investigator might suffer an identity crisis as he tries to bond with these thugs. Instead, he rapidly outgrows the skinheads, teams up with some more disciplined neo-Nazis who seem more likely suspects in the theft and meets a pleasant suburban racist puzzlingly willing to entertain all this riffraff at a backyard barbecue.

Their motivations are cursorily observed: one is a teenager who was bullied as a child; others are predictably strutting tough guys; the suburbanite (Sam Trammell) is the kind of familiar figure who has read too much Ayn Rand but the depths of his paranoid sense of superiority are never plumbed. Indeed, the only source of tension here is the possibility of Nate's exposure but as the baddies get nicer – or at least quieter – the plot slackens and Ragussis plods his way through a transparent three-act structure towards a less-than-thrilling denouement.

In short, his film asks that an audience listen to a fair amount of ugly racism without offering much enlightenment or even entertainment in exchange. Words may build bridges but people have to cross them: Imperium remains safely outside the unexplored region.

Film Review
Bazodee needs either realness or explanation, and has neither
September 30, 2016 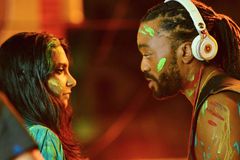 Film Review
Milton’s Secret may be overearnest, but it has a powerful message
September 30, 2016 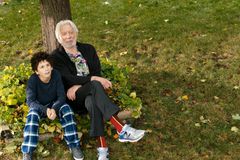 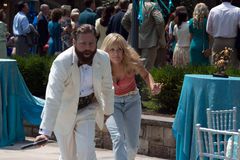