In 2008, at the height of his highly productive late career, Philip Roth published a slim novel that recalled his literary youth. Set in 1951 during the Korean War, Indignation is Marcus Messner's blackly comic first-person account of his decision to escape both the draft and his overanxious father, a Jewish butcher in Newark, N.J., by transferring to faraway Winesburg College, a bastion of WASPdom in deepest Ohio.

The novel's plot is slight and its protagonist is narrow, but that is rather the point, as the cautious and studious Marcus discovers that the smallest actions can have the direst consequences. The success of the story – and of the irony behind the circumstances from which Marcus is narrating it – relies entirely on Roth's dexterity as a writer. Reading the eminently readable Indignation, you might wonder why the lion in winter has returned to the themes of the lamb in spring, but you aren't going to question that he is a lion.

And therein lies the difficulty of adapting Indignation for the screen; remove Roth's prose from the equation and you don't have much left. Writer and director James Schamus turns Indignation into a minor period piece, a precise but seemingly pointless evocation of the stultifying conventionalism of an American university campus in the 1950s.

The filmmaker brackets the main action in Newark and in Ohio with a couple of fleeting scenes – a dim battle in Korea all those years ago; a brightly lit moment in an old-age home today – that reduce Roth's narrative game-playing to Hollywood conventions. Instead of some lightly comic but compelling philosophizing about the path of life, we are offered easily dismissed movie scenarios of the flashback or "but it was all just a dream" variety.

Meanwhile, scraps of voiceover narration from the book do fill out some of Marcus's thoughts, but also suggest why Roth's novels have no reliable track record as film adaptations: They depend so heavily on the idiosyncratic voices of their narrators. Next month at the Toronto International Film Festival, it will be up to Ewan McGregor, in his directorial debut, to end that losing streak as he brings American Pastoral, often regarded as Roth's finest work, to the screen.

Here, the dramatic weight of transferring Roth's voice to film must fall on Logan Lerman's young shoulders and he does produce a credible performance as Marcus. He successfully evokes the youth's sweet but ultimately disastrous combination of intelligence, innocence and stubbornness with a warning flash of his dark eyes, a slow blink of their bruised lids or a tell-tale tightening of his soft jawline. Much of the dialogue, meanwhile, is lifted straight from the book and Lerman delivers it with just the right touch of remove, successfully suggesting the seething outrage beneath Marcus's fundamental politeness.

The women – Sarah Gadon as the promiscuous co-ed Olivia Hutton; Linda Emond as Marcus's long-suffering mother – fare less well, rendering the slightly formal speech of the period mannered. Some of the fault can be laid with Roth himself, many of whose female characters are mere caricatures; in this instance, the hot shiksa and the self-denying Jewish mother.

The gorgeous Olivia, a reformed alcoholic who has attempted suicide, is ultimately desirable but utterly incomprehensible to Marcus and thus to the audience, too; her pain is merely an extension of her exoticism and Gadon plays her as an image rather than a person, leaving viewers little space to sympathize with a supposedly desperate young woman.

On the other hand, director Schamus must take responsibility for the way in which Emond's key scene, in which Marcus's mother insists that he drop all contact with Olivia, fails to deliver both the horror and the comedy at the heart of her manipulation of her son.

In other parts, Schamus captures the satirical tone much more successfully. At the core of the book and of the film – and it's the scene that makes Indignation worth watching – is Marcus's encounter with the patronizing Dean Caudwell, who calls him into his office to discuss why the sophomore has applied to change residence rooms, and so provokes Marcus that the young Jewish humanist winds up lecturing the Christian administrator on Bertrand Russell's atheism. With a big assist from Tracy Letts, delicately balancing his performance as the complacent dean between naturalistic outrage and outrageous comedy, Schamus grippingly exposes the prejudice and lack of imagination that defined middle America in the 1950s.

The larger idea of Indignation, that life can be pushed off course by the smallest of chances – a theme that might, in the end, seem of grave concern to an old man and of enduring interest to many audiences – hovers over the film but never lands. Marcus's father largely disappears from the action after his son's arrival at Winesburg, and so the ironic connection between the man's paranoid conviction that his rather prissy offspring will go astray and the actual chain of events at college is never made.

Instead, the major effect of the film is only to remind audiences that the America of the Korean War years was guilty of dangerous conformism, hypocritical sexual repression and a good dose of anti-Semitism too. Approached without any foreknowledge of Roth's literary prowess, this adaptation of Indignation would seem puzzlingly unnecessary. 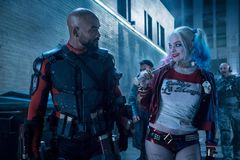 Film Review
Multiple Maniacs is queer cinema at its most adversarial and thrillingly vicious
August 5, 2016 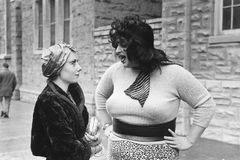 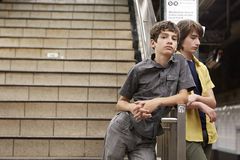