Tom Hanks can do many things well on screen. For instance, he's an ace at showing bewilderment and vulnerability uniquely and with nuance.

Think of the acutely believable disorientation he portrayed as the freighter skipper in Captain Phillips, when being treated by medical personnel immediately upon his terrifying rescue from Somali pirates. And remember Hanks as the adorable simpleton in Forrest Gump, when he is told he is a father – the look on his face, stunned momentarily but quickly worrying that his son may have inherited his deficiencies?

Director Ron Howard calls on Hanks for that kind of stuff in Inferno, an adequate hot-pursuit thriller and European goose chase based on the Dan Brown novel of the same name. The action begins in a Florence hospital, where Hanks, as Harvard professor Robert Langdon, awakes with a wound to his head and a gash to his memory. He arrived with no phone or identification, but an eye-catching bilingual physician named Sienna Brooks (played by Felicity Jones) conveniently happens to know all about the distinguished art historian and symbologist Langdon.

Perhaps the young doctor saw 2006's The Da Vinci Code or 2009's Angels & Demons, the two previous clue-solving adventures from Brown adapted by Howard and starring Hanks. Or perhaps she was once a "nerd kid" with a fascination for cryptology and a familiarity with Langdon. That's her story anyway.

Inferno's story heats up pretty quickly when a female Italian police officer blatantly disregards the ward's visiting hours by shooting an orderly and coming after Langdon, who is already confused by the blurry apocalyptic visions of fire and blood in his head. The doctor, quicker acting than Excedrin and with an unusual amount of moxie, spirits the addled professor from the hospital.

The chase is on, and the rest of the film is spent dealing with a mysterious artifact and the figuring out of clues relating to Dante's epic Hell-envisioning poem. Oh, and the future of the planet is at stake.

Hell hath no fury like a megalomaniac villain, and Inferno hath the billionaire biologist Bertrand Zobrist, whose wild-eyed idea is to unleash a viral plague upon the world in order to solve the impending peril of overpopulation. Portrayed by the typically intense Ben Foster, Zobrist doesn't make it past the film's prologue. Instead of giving up his deadly virus, he hurls himself off a bell tower, his suicide setting off a stylish but tedious thriller that never does catch fire.

Howard, coming off the unfortunate nautical yarn In the Heart of the Sea and the Beatles documentary Eight Days a Week, delivers a competent popcorn-selling vehicle. But the premise of the whole thing is shaky. One imagines Howard taking off his ball cap and scratching his head as he asks novelist Brown or screenwriter David Koepp why the diabolical bio-engineer didn't just unleash his viral solution when he had a chance to. Instead, he sets up a complex time-delayed catastrophe. Is he a Batman fan? A James Bond junkie?

The humourless Inferno is lovely to look at – Italy's tourism ministry opened up the Palazzo Vecchio and Boboli Gardens to Howard's film crew and fine cast. The actor Irrfan Khan is not a villain here, but he sure shows he has the chops to play one.

Anagrams are solved and Dante's death mask so much as winks to the professor, the doctor and the agents of the World Health Organization on the trail. Venice is a false lead. Maybe Istanbul instead?

Old artful buildings are the sites for excitement, where there's "always a way out," says Hanks's professor, who slowly regains his faculties in time to remember hidden catacombs for escape.

The fiendish scheme involving a population-culling bio-aerosol is meant as a "rebirth," as opposed to annihilation – the Bubonic plague before the Renaissance. Perhaps Howard's dutiful obligation to Brown's treasure-hunt oeuvre will end here, with the temperate Inferno sparking a resurgence to follow.

Dante wrote that "The poets leave hell and again behold the stars." Here's hoping that Howard has some shine left in him. 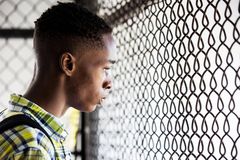 Werner Herzog returns to the volcano with Into the Inferno
October 27, 2016
Review
Inferno is a hot-pursuit thriller, but its premise is shaky
October 28, 2016
Follow Brad Wheeler on Twitter @BWheelerglobe
Report an error Editorial code of conduct
Due to technical reasons, we have temporarily removed commenting from our articles. We hope to have this fixed soon. Thank you for your patience. If you are looking to give feedback on our new site, please send it along to feedback@globeandmail.com. If you want to write a letter to the editor, please forward to letters@globeandmail.com.
Comments