Biographical films tend not to be followed by sequels, as evidenced by the appalling lack of follow-ups to Gandhi, Schindler's List and Lincoln. The same cannot be said of action movies, and though 2008's Ip Man began as a biographical film taking numerous liberties with its subject's life, it was successful enough to launch a mid-level franchise. Star Donnie Yen publicly stated his eagerness to retire the real-life character of Ip Man, the legendary Wing Chun master best known to Westerners as the man who taught Bruce Lee, after 2010's Ip Man 2, but money can be a powerful motivator, and the now fiftysomething Yen returns to the role in Ip Man 3.

The film finds the titular martial-arts master and all-around nice guy (he spends much of the third act eschewing fights and training so he can spend quality time with his dying wife) taking on a gang of sneering bad guys in 1959 Hong Kong who suggest a kung fu version of West Side Story's Sharks and Jets, minus the Stephen Sondheim/Leonard Bernstein songs and elaborate dance choreography. They're unambiguously evil: all greased hair, loud clothes and sneering attitude, and they aren't above menacing small children in their attempts to take over a school whose location makes it irresistible to bad guys, including boss and "foreign devil" (as he's repeatedly called) Frank, played by Mike Tyson. Yes, former boxer Mike Tyson, here in a rare non-comedic role, and a rare role in which he isn't playing some version of Mike Tyson.

With his elaborate facial tattoo and sparse, half-English, half-Cantonese dialogue, Tyson doesn't exactly disappear into his small but central role – nor does his presence in 1959 Hong Kong make much sense – but he justifies his distracting presence during an appropriately intense fight with Ip Man that favourably calls to mind the sparring between Bruce Lee and another iconic American athlete, Kareem Abdul-Jabbar, in Game of Death.

Yen, meanwhile, plays Man as a saintly exemplar of peace and quiet strength with fists and feet of fury who maintains a Zen inner stillness even while fighting his way through armies of attackers. He's an oasis of purity, honour and integrity in a corrupt world, a fighter for good in a world beset by cartoonish evil. There's a serene calm to the character, who would seem mild-mannered bordering on milquetoast if he wasn't also one of history's great fighters. But following the rich cinematic tradition of violence-hating men who nevertheless end up brutalizing dozens of bad guys, he becomes an explosive force when threatened. The character is defined by a potent combination of power and control, most notably in a standout fight scene where he takes on an attacker in an elevator, with the tricky added variable of Ip Man needing to protect his dying wife at the same time, and in a very enclosed space.

The plot of the film is pretty silly, but it functions largely as a fight-delivery system, and on that level it's relatively successful. The fight scenes are cleanly and forcefully filmed and elegantly choreographed, and director Wilson Yip doles them out sparingly enough that each fight scene registers strongly, as does a fairly ridiculous but fun bit part from Danny Chan, the actor playing the young Bruce Lee.

Ip Man 3 loses much of its urgency in its third act, after the good guys triumph over the bullies terrorizing their community and the focus shifts to Man tending to his wife and contemplating a challenge from a boastful and cocky contender who also practises Wing Chun. Ip Man 3 mostly delivers the goods, but it doesn't do much to justify its existence beyond a handful of memorable fight scenes. It's hard not to share Yen's strong yet apparently wavering belief that this series has run its course, and that it would be a mistake to make another sequel to a movie that already feels more than a little tired. 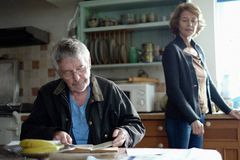 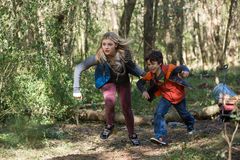 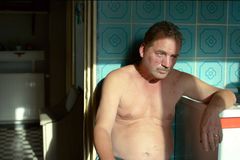