The most enduring style icons also tend to be the most quotable, espousing aphorisms as easily as they arbitrate style. Designers Coco Chanel, Bill Blass, Yves Saint Laurent and Karl Lagerfeld come to mind, as does Iris Apfel. But the white-haired mode magi with gems like, "When you don't dress like everybody else, you don't have to think like everybody else" is not a designer of clothing – she's a wearer of outfits.

"I couldn't be friends with anyone who is not curious or doesn't have a sense of humour," she says. Accordingly, she preaches curiosity and nonconformism through example via elaborate and, by any standards, outrageous ensembles that in the past decade have made her a celebrity, with ad campaigns for Kate Spade, a collection on the Home Shopping Network and a collaboration with MAC Cosmetics.

This current fame is merely the culmination of a life's work and taste, and in the new documentary Iris, filmmaker Albert Maysles puts it lightly into context with a brief history of her life. It's one of Maysles's final two films before his death, at age 88, in March and is more portrait than narrative. Maysles, working with his brother David, pioneered the direct cinema documentary style, on subjects ranging from Bible salesmen to the Beales of Grey Gardens.

Forty years after observing (some argue exploiting) mother and daughter Beale in their decaying East Hampton mansion and chronicling their eccentricities, it's a credit to his influence that by Iris, his innovative fly-on-wall approach seems commonplace – almost banal, were it not for its idiosyncratic subject.

The self-described "geriatric starlet," born in Queens, N.Y., to a mother who "worshipped at the altar of the accessory," also acknowledges early life advice from Mrs. Loehmann (of Loehmann's discount designer emporium) that urged the jolie laide young woman to cultivate a sense of style instead of trying in vain to be "pretty." She does believe in pretty – and is also against plastic surgery. Pundits like Architectural Digest editor Margaret Russell weigh in on her early career as an interior decorator and force majeure of the Apfels' former textile company, Old World Weavers. Founded in 1950, it reproduced archival fabrics and through nine presidencies, supplied the White House, although in a rare moment of diplomacy, Iris shushes her less discreet husband Carl when he mentions that they had problems with a certain first lady. But she calls her husband pussycat, and with the observational intimacy of reality filmmaking, Maysles movingly captures the deep affection between Iris and Carl, who have been partners in life and business since 1948.

It's a passion for textiles, culture and history that led to her notorious style – neck as heavy with layers of necklaces as a Maasai bride, fingers ringed in turquoise, torso swathed in orange marabou like a Fraggle or clinking layers of gumball beads on chartreuse satin. Iris Apfel is an authority on antique fabrics who juxtaposes eras, ethnicities and provenance of dress – antique Qing dynasty embroidery with mid-century Christian Dior haute couture with traditional Central Asian costume. The riot of screeching colours and bold texture combinations follows no rules but hers. "It's hard work," she says, and as she opens her wardrobe like Aladdin's cave for the camera, likens her instinctual outfit improvisations to jazz – something else she knows more than a little about (she and Duke Ellington were lifelong friends).

The vivacious nonagenarian's fashion sense was always known in her industry but her reputation swelled beyond New York interior design circles thanks to Rara Avis: Selections from the Iris Apfel collection, the 2005 exhibition of her haute couture costume jewellery and garments at the Metropolitan Museum of Art's Costume Institute. That the garments and accessories were displayed according to the outrageous way Apfel would wear them was a sensation, and the exhibition was soon followed by a book celebrating her approach to dressing. That, coupled with the parallel rise of street-style blogs touting ever more madcap, photogenic individuality, cemented her status as an icon among mavericks of personal aesthetic.

Maysles follows the now famous Apfel's daily routine and jam-packed engagement calendar and tags along as she cruises Florida swap sales, New York personal appearances and works on other projects. A flurry of excitement greets her wherever she goes; throughout the adulation, she is appreciative, patiently bemused, a little cranky and only occasionally tickled. Presenting at the annual Council of Fashion Designers of America Awards, she pays Kanye West a compliment and is introduced to J.Crew president Jenna Lyons, and it's a hoot to watch Lyons be a fangirl. But these excursions and interactions do get repetitive – we'd rather watch her scavenging and assembling. As Apfel herself observes in the movie, the fun of a party is not being at the party itself, but in the act of getting dressed for it. 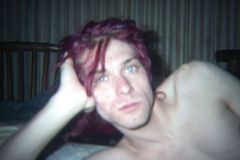 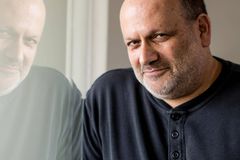