Now that the movies have given us recent variations of Snow White, Hansel & Gretel and Little Red Riding Hood, perhaps it's time for a moratorium on the grown-up fairy-tale movies. The genre reaches a kind of absurd inflation with Jack the Giant Slayer, a CGI-burdened, 3D effort that turns a small story into a gigantic one.

Why bother? The most generous answer seems to be that Bryan Singer (The Usual Suspects, X-Men, Valkyrie), who replaced D.J. Caruso as director of the project in 2009, had an itch to create a retro fantasy from his childhood movie viewing, as George Lucas and Steven Spielberg celebrated theirs in Raiders of the Lost Ark.

Thankfully, Jack the Giant Slayer doesn't look like a Transformers or Battleship movie. The inspiration comes from fantasy films of 50 years ago, The 7th Voyage of Sinbad (1958), with its famous Ray Harryhausen animation, or it's weaker spin-off, Jack the Giant Killer (1962). You can see the two-headed giant in the YouTube trailer for that early Jack film, and a similar monster in Singer's movie.

While it's fine for a director to explore his childhood inspirations, you hope he would bring something a bit more personal to it. Instead, Jack the Giant Slayer, while well-crafted, feels entirely generic. The script, by Darren Lemke, Dan Studney and Singer's regular collaborator, Christopher McQuarrie, begins with a long backstory. Somewhere up in the clouds above a mountainous land is a race of giants who were cast into exile by a human king, and they have been plotting revenge against humans ever since.

This grim bedtime story is told simultaneously to a little farm boy, who grows up to be Jack (Nicholas Hoult), and a little girl who becomes an adventure-minded princess named Isabelle (Eleanor Tomlinson).

Jump forward a few years and 18-year-old Jack, now orphaned and living with his gnarly uncle, is sent to town to sell a horse. Along the way he catches a bit of medieval theatre and, true to tradition, ends up trading his horse for a handful of beans. In a bit of Da Vinci Code intrigue, the fateful legumes are slipped to him by a monk on the run, who urges him to deliver them to a monastery where he will get his payment.

Jack also meets Isabelle, disguised as a peasant so she can mingle with the common folk. We then meet Elmont (Ewan McGregor), a knight sent by her overbearing father (Ian McShane), the king, to fetch her back to the palace. Poor Isabelle has been promised in marriage to an older man, Roderick (Stanley Tucci, camping it up with a Terry Thomas gap-toothed grin), a conniving noble with inside information on the whole bean-giant connection.

The script contrives another meeting between the princess and Jack: She seeks shelter in his cottage during a rain storm, just at the moment when the moisture hits a bean that has fallen under the floorboards. The huge gnarly beanstalk instantly spirals upward (down Freud!), smashing the cottage and raising the princess skyward.

Soon, Jack and the king's men, including Elmont and the scheming Roderick, start the long scramble up into the clouds in search of Isabelle. Up top, of course, is where the giants, an ill-tempered male bunch, spend their time growling and fretting about their exile. Their leader is a two-headed dope played by Bill Nighy; one of his heads sounds like Nighy, the other babbles idiotically (voiced by John Kassir). There's a certain Where the Wild Things Are appeal about these massive, angry frat boys, including a chef who seals his canapés (containing humans or live pigs) with a gob of snot, but the scripts fails to develop its biggest, most promisingly disgusting characters.

Otherwise, the love story between the pleasant and bland Jack and Isabelle leaves no impression, and the grand finale – a Lord of the Rings-style battle sequence involving leaping giants tearing up the landscape before attacking the castle – feels far too fee-fi-fo-familiar. 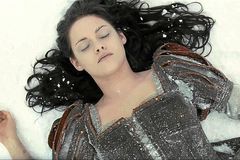 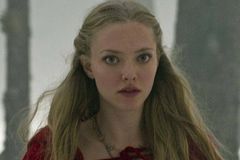