At its most heightened state of geek arousal, Frank Pavich's Jodorowsky's Dune imagines an alternate pop-cultural universe where an unmade movie changed everything. Had Alejandro Jodorowsky, the functioningly crazed Chilean-born director of such brain-melting midnight-movie staples as El Topo and The Holy Mountain, been able to realize his dream of adapting Frank Herbert's cult-venerated science-fiction tome Dune back in the mid-seventies, would Star Wars, franchise-driven blockbusterism and the whole comic-book-driven movie universe we now inhabit have evolved differently?

Taking his cue from the effusively charismatic 85-year-old Jodorowsky – still pitching his beloved but thwarted dream project four decades on – Pavich certainly believes so, and his movie, which uses Jodorowsky's legendary volume of storyboarded illustrations as the basis for an imagining of what might have been, sets out to make the case. Had Dune been done, our collective fantasy realm might be a drastically altered place.

It's a seductive proposition, as so many alternate-history scenarios are, but its power comes from its unaccountability to history and truth, which kind of makes Pavich's movie a fantasy once removed: a dream of a dream that never came true. The fact is, we'll never know what might have been if Jodorowsky had been able to make his Dune his way, except for this: David Lynch would have been spared the humiliation of his 1984 grand folly. But then Lynch might never have gone on to make Blue Velvet – produced by Lynch's Dune backer Dino De Laurentiis – and therein lies another alternate history every bit as sobering.

But this is something not considered by the selective what-if riffing that drives Pavich's movie and Jodorowsky's indignant insistence that his Dune would be "the most important picture in the history of humanity." It's as irrelevant to the movie's fugue state of possibility as the actual reading of Herbert's book apparently was to Jodorowsky's ambitions – he'd never read it, and it remains doubtful he yet has – or the entirely reasonable likelihood that no studio in its right mind would ever have backed an epic-length, unprecedentedly expensive psychedelic mind-trip of a movie involving inconceivably unrealizable special effects directed by a stoner icon and starring his unknown son Brontis. Despite Drive director Nicolas Winding Refn's righteous insistence that Jodorowsky's Dune might well have been made were it not for the industry's fear of the filmmaker's outlying visionary boldness, you have to wonder if it also wasn't just reasonable fiscal instinct. "Let's see Alejandro, you want Salvador Dali, a flaming giraffe, a fortress with a giant mouth for an opening and a floating Orson Welles? Can we get back to you?" I mean, even Terry Gilliam might have balked.

Gilliam's greatest unrealized project was his cosmically blighted adaptation of Don Quixote, and there's something of the addlepated windmill-tilter in Jodorowsky himself, a man to whom reality was a mere inconvenience on the road to artistic glory. And the best way to watch this movie is as an account of an eccentric visionary maverick who could not be stopped or influenced by reason, and whose sheer state of egomaniacal self-possession attracted the zealous participation of just about everyone who fell in its thrall: the artists Jean Giraud, H.R. Giger and Chris Foss, future Alien co-creator Dan O'Bannon, Pink Floyd, and a cast that might have included Mick Jagger, Welles, Dali and the aforementioned blazing giraffe.

In all likelihood, Jodorowsky's Dune was doomed and delusional from the outset – though the advent of CGI might yet resurrect it – at least as a real movie circa 1975. But it's as a fantasy that it not only thrived but persisted. A movie of the imagination that could never have been as good as the one projected in our head. 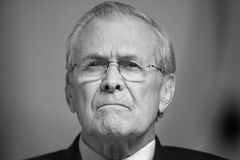 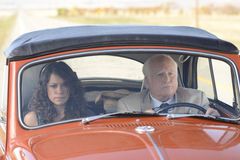 Film Review
Afflicted: Is this a movie or a job application? 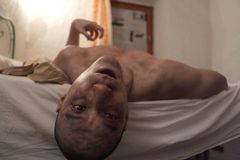