Near the start of Julie Dash's 1991 landmark cult classic, Daughters of the Dust, newly restored and enjoying a renaissance in part thanks to its influence on Beyoncé's visual album and accompanying film, Lemonade, Mary Peazant (known as Yellow Mary in the film and played by Barbara-O) is enchanted by the colourfully lit symmetry of a kaleidoscope. Red and yellow occupy the screen, rotating into green and pink, then blue and purple, and so on. Mary "ah's" as bits of loose glass mirrors crook into a star-shaped pattern. Mr. Snead (Tommy Hicks), a photographer whom the kaleidoscope belongs to, explains its etymology: Kalos, derived from the ancient Greek, meaning "beautiful," eidos meaning "form" and skopeo "to view."

Less than 10 minutes into Dash's masterpiece, and like Mary with the kaleidoscope, I'm mesmerized. There's no unseeing Daughters of the Dust. All at once, it lodges itself inside of you while dislodging any notions one has about storytelling as it relates to ancestry and the dead, recall, migration, movement in general, camera zooms and black womanhood. The film also dispels the notions of Victorian gowns, hands and their topography, the many faiths practised and challenged in a multigenerational family, the many qualities of a breeze – how it can be both alleviative and portentous – and even the beach's uncertain browns, greys and purples, more so than its bright blues.

The year is 1902 and Mr. Snead, who is accompanying Viola Peazant (Cheryl Lynn Bruce), and Mary – who is joined by her lover, Trula (Trula Hoosier) – together form a small envoy on their way to gather the remaining members of their family, descendants of former slaves in the Gullah community living on the Sea Islands off South Carolina's mainland, before migrating North.

Written, directed and produced by Dash and beautifully shot by Arthur Jafa (who won the award for best cinematography when the film premiered 25 years ago at the Sundance Film Festival), Daughters' impressionistic look at the Great Migration (who will go, who will stay, and at what cost?) combines a corporeal sense of history with poetic, often indirect and allegorical underpinnings. Each frame is a canvas that outdoes the one that came before. Dash invented a genre where the moving image feels nearest to walking through a museum; where the Peazant family's uncertainty of what comes next is portrayed not with broad strokes but with a crowd of characters and how their slightest gestures or turns of phrase imagine the future while holding close the past.

Even something as simple as a bicycle being pushed through white sands, or a woman brushing hair away from her face, or slicing okra or the geometry of a patchwork blanket (and how it matches the kaleidoscope), appear like never before, and perhaps, never after. Instantly iconic.

That Daughters is both the first film directed by an African-American woman to receive a nationwide theatrical release, but also Dash's only feature, is a tragedy. While watching it, I couldn't help but consider its influence while remaining intensely curious what Dash could have made had she been given the resources and support in the last quarter-century.

Last week at a screening of the restored print at New York's Film Forum, Dash was in attendance and, without revealing too much of the film's ending, she responded to one question with the following answer: "You never seen an African-American woman riding into the sunset, without someone chasing her. So I wanted that." She certainly got it. 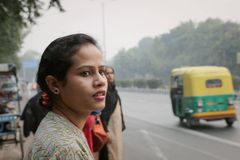 Review
Manchester by the Sea is a deft, devastating portrait of grief and trauma
November 25, 2016
Follow us on Twitter @globearts Opens in a new window
Report an error Editorial code of conduct
Due to technical reasons, we have temporarily removed commenting from our articles. We hope to have this fixed soon. Thank you for your patience. If you are looking to give feedback on our new site, please send it along to feedback@globeandmail.com. If you want to write a letter to the editor, please forward to letters@globeandmail.com.
Comments