Terrence Malick's films were once regarded as something akin to urban legends. Someone somewhere somehow heard from a friend in the know that the director was in the midst of shooting, and maybe in two or three or 10 years, a film would come out of it – one which would always be received with a rapturous reception, as if heaven itself opened up to bestow a masterpiece upon the humble denizens of the mortal Earth's art houses.

The past few years, though, have been an incredibly prolific period in the director's life, relatively speaking. He may have gone 20 years between 1978's Days of Heaven and 1998's The Thin Red Line, but since 2011, Malick has released two films, with another one, Knight of Cups, out Friday and two more currently sitting in postproduction. But with this (again, relative) surge in productivity has come an odd critical backlash. His 2012 drama To the Wonder landed with a thud when it premiered at the Venice Film Festival, and Knight of Cups encountered a downright hostile reaction when it debuted at the Berlinale last winter.

Were we only in love with a director who played hard to get? One who kept his distance and therefore mystique? That's the only conclusion I can arrive at, since Malick's late-period films are still just as uniquely Malickian as they've always been, no more and no less. They have the same shambolic structures, quasi-philosophical voiceovers, beautifully shot images of sun-dappled nature and all-star (and little-used) casts as his early works.

This isn't a complaint. Malick's films simply can't be graded against the bulk of commercial cinema distributed by studios – they exist in a different, more delicate realm, no matter how many familiar faces populate the frame. Badlands, The New World, The Tree of Life, To the Wonder – they are all part of a different, unique art form that only Malick can produce, one that values patience and endurance as much as it does emotion and human experience.

Call it naturecore or pondercore, if that makes it easier. But just know that his work is consistently and stubbornly singular in its refusal to act as part and parcel of the traditional film landscape, no matter how long it takes to produce. Which brings us to Knight of Cups. Already being decried as either self-parody or half-assed nonsense, the drama is in fact just as challenging and rewarding as Malick's previous work, though with a more modern and caustic edge than one-time acolytes might be used to.

Following the life of self-loathing Hollywood writer Rick (Christian Bale) as he wanders in and out of jobs and relationships, the film bounces back and forth between moments of transcendent beauty and down-in-the-muck ugliness (courtesy of gonzo cinematographer Emmanuel Lubezki, who shoots here as if operating a GoPro while jacked-up on Red Bull).

There's no real plot, either – the title refers to a bedtime story told to Bale's character by his troubled father (Brian Dennehy, doing lots with little) – and the film is divided into tarot-card-titled sections (The Hanged Man, The High Priestess, etc.) that are there to lend an edge of poetry, but nothing close to narrative structure.

Dialogue is minimal, and improvised when spoken. Presumably major characters – Rick's brother, his ex-wife, his agent – are introduced and shown the exit with equal consideration, which is to say, little. You'd be hard-pressed to figure out how much of Rick's life passes between the start of the film and the end.

Even the celebrity cameos are seemingly botched. During one party scene, we catch glimpses of everyone from Antonio Banderas and Ryan O'Neal to Fabio and comedian Nick Kroll – yet none are given much to do, and most are never given a chance to introduce themselves or give any indication as to why, exactly, they are there. It's like Robert Altman's The Player filtered through the deranged haze of a Bruce Wagner novel, which is perhaps why the author himself shows up at one point, inviting Rick to a "ketamine party," whatever that might be.

But this is all simply Malick being Malick – you're either on his wavelength or you're not. What's so angered some in the critical community is just as much cause for celebration.

Knight of Cups is no doubt a confounding film, often at war with itself over whether it wants to be a satire of celebrity or an ode to man's eternal struggle with what it means to live a full life. But what cannot be denied is how potent it is, and how lasting an impression it leaves.

There are few filmmakers working today who are able to not only go decades without producing something, but to emerge from such absences with such a full vision intact. You are free to ignore or protest whatever that vision might be, but in Malick's case, there is no mistaking the consistent and bold artistry behind it.

Knight of Cups is the Terrence Malick you remember – you just might not love him so much now that he's decided to stick around. 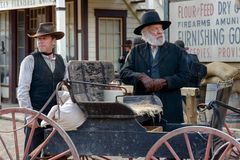 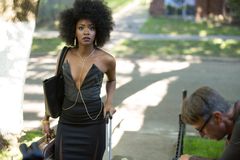