During a chat with film students in the 1970s, director Frank Capra was asked if there were still a way to make movies about the sorts of values and ideas found in his films. "Well, if there isn't," he said, "we might as well give up." And that would be a shame.

Jessie Nelson hasn't given up. It is clear that the director, for her mushy but likeable Christmas comedy Love the Coopers, took inspiration from Capra's yuletide classic It's a Wonderful Life. The film deals with the human condition of living in the past and fearing the future, and of the universal worry of disappointing loved ones in the present. Also, Nelson, like Capra, is in favour of softly falling snow and shameless close-ups of a telegenic woman – in this case Olivia Wilde, who is at least as beautiful as Capra's Donna Reed.

The original title for Love the Coopers was The Most Wonderful Time, if not a reference to It's a Wonderful Life, certainly one to a seasonal song about the hap-happiest time of the year, with lyrics not only mentioning jingle belling and mistletoeing but ghost stories and fond recollections of "Christmases long, long ago."

The Coopers are, of course, a family, represented in Nelson's film with distinct characterizations and by a fine ensemble cast. We see soft-focus flashbacks – memories, for example, of the central couple played capably by John Goodman and Diane Keaton. They were hippies once, chasing each other through the woods. Some 40 years later, the couple are about to divorce each other (amicably), but not before they host one more Christmas Eve dinner – a perfect four-generation get-together, something for everyone to remember. Because what is life if not for a collection of memories?

Alan Arkin is Bucky, the paterfamilias. Every day he eats at a diner, where he enjoys the company of a doe-eyed waitress (Amanda Seyfried), who reminds him of his late wife. Seyfried plays the blue-plate server adroitly. The character, Ruby, is sad, a little lost and looking for a new start, and it is a credit to Seyfried that we didn't need to notice the scar on the inside of Ruby's left wrist to pick up on her depression.

Marisa Tomei is excellent as Emma, a quirky life coach with a complicated relationship with her older sister, Charlotte (played lightly by Keaton). The casting is a bit odd: while the siblings are five or six years apart, Tomei and Keaton are of a different generation. We are introduced to Tomei's Emma in a department store, where she unsuccessfully attempts to swipe a broach.

I have a problem with the storyline of Wilde's Eleanor, a struggling playwright. She's enjoying an affair with a married man, but doesn't want to show up for Christmas solo, lest she let down Mom and Dad. So she does what no one has ever done in real life but what is quite believable to Hollywood comedy makers: She picks up a stranger in an airport bar and brings him home as a prop boyfriend. He's a soldier, played nondescriptly by Jake Lacy. He wears camouflage, but it is Lacy's blandness that makes him such a human void.

The ersatz couple makes up a detailed story to make their ruse believable – and what are the lies we tell ourselves and others but the truths that we need?

Nelson brings up important ideas, about roles, expectations, and striving to stand out as children but then trying to blend in and conform as adults. Unfortunately, her messages come with shameless tricks of cuteness – too many cutaways to the family dog Rags, and a maternity ward full of babies in crocheted Christmas wear.

It's a Wonderful Life is a frightening tale about greed, growing up, abandoning one's dreams and feeling trapped. The assertion of the film's title could be seen as sarcastic. Love the Coopers concerns itself with the loss of one's self, specifically when it comes to parents who become so involved with raising a family that their individualism and personal passions are suppressed. "You became smaller," Goodman's Sam tells his wife.

Where It's a Wonderful Life has a dark edge to its drama, Love the Coopers tries too hard to be loved, with a happy ending that is never really in doubt. That's not life – that's Hollywood. How wonderful. 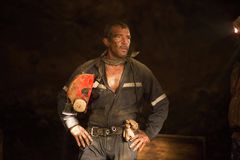 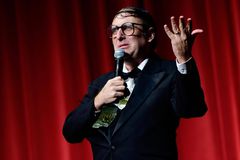 Film Review
By the Sea: The Pitts fail to realize there’s more to film than pretty scenery
November 13, 2015 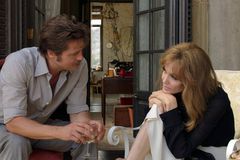