Monster Trucks is the kind of movie that, on paper at least, seems like it was cooked up to pay off bad debts. It's easy to imagine an exec at Paramount bleeding back into consciousness, head pounding, nose so coke-dry you could strike a match inside of it, desperate for a profitable premise that can cover for losses incurred over a weekend in Vegas. And then he finds, crumpled up in his sports coat pocket, an idea scrawled on a cocktail napkin with smudged lipstick: "monster trucks: like trucks that ARE monsters."

And on paper, that's all Monster Trucks is: a movie about prehistoric monsters who escape from under the Earth's mantle and take refuge inside beat-up pickups.

It's an idea that seems out-of-time, leftover from the 1980s and 90s epoch of Transformers and Ninja Turtles and Biker Mice From Mars and other merchandise-ready heroes that were basically just two (or three) ideas smashed together. It's the sort of family movie that by all reasonable reckoning, should be bad. And yet …

Two are captured by the oil company and one escapes, taking refuge in a nearby junkyard overseen by our handsome high school hero, Tripp (Lucas Till, who looks 35). Tripp soon makes nice with the monster, dubbed "Creech" (short for "Creature"), who survives on oil and finds a home inside Tripp's old truck.

The worst, most reprehensible children's entertainments are the ones that pass warmed-over dross as feel-good insight: Be yourself! You can do anything! You're a gorgeous snowflake! The more remarkable, and rarer, ones deal with something closer to actual, imminent concerns.

Here, we have a film aimed at children and young adults that casts voracious exploiters of natural resources as villains – in a story set in North Dakota, state of the controversial Dakota Access pipeline, no less – and takes seriously matters of environmentalism and biodiversity. It's equal parts FernGully, Free Willy and John Carpenter's Christine, shot through with the sort of genuinely exciting vehicular action one might expect of the latest The Fast and the Furious film.

And unlike the reluctant, aw-shucks heroes so common in movies like this, Tripp arrives fully formed. He is confident, roguishly good-looking, whip smart, and exceptionally handy – able to modify his truck so that he and Creech can harmoniously share control. Like a hunky, resourceful cyborg, Tripp is a fulcrum of the natural world and the clunking, thinking ecosystem of the machines, carefully managing a balance between both.

The film chokes and fishtails in a few places: it simultaneously shames the culture of peak oil exploitation while worshipping at the all-American altar of the souped-up, gas-guzzling muscle car; black characters exist only to offer disbelieving double-takes (the exception is Danny Glover's grandfatherly scrapyard owner, who's afforded way too little screen time); and the film has more thinly-sketched villains than Donald Trump's cabinet. Still, these are quibbles in a film that makes good on its laughable, low-concept premise, one that relies on an out-of-fashion moral clarity that may actually benefit its presumed child viewer.

Monster Trucks is a film in which the bad guys are bad, the good guys are good, and monsters glug oil and hide under the hoods of outdated, impractical automobiles. It may not have the easy, feel-good family flick sheen to win over the box office, but it's clever and compassionate enough to pay down a few big-ticket karmic debts.

Film Review
Live by Night: Prohibition-era gangster flick is out of step with the times
January 13, 2017 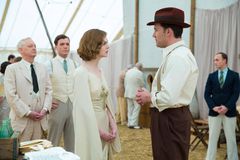 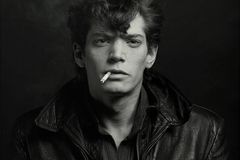 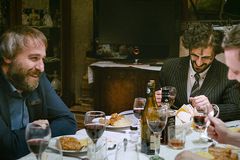