On the last day of class in late spring, young sisters Lale, Nur, Ece, Selma and Sonay walk along the beach of their coastal town and frolic in the surf with boys from school. Their long, dark hair blows wild while the group laughs and plays. The siblings return home, thinking nothing of it. But word of their roughhousing with boys has preceded them, and sets off a scandal. Their family is dismayed. They are beaten, called whores and examined for virginity. Suddenly, their burgeoning and unselfconscious sexuality makes them not only a danger to themselves but a corrupting force at large.

The penalty for their unwitting, supposed transgression is harsh: They are cut off from the outside world and taught to cook, clean and excel in the domestic arts so that they might sooner be married off one by one. It's wedding season in this town in northern Turkey and, since the quintet are orphaned (being raised by their grandmother and uncle), they become even more explicitly chattel – a financial and now moral burden to be discarded.

Scenes of the gradual fortification of the house (new locks on the windows, an impassable steel door) might elsewhere seem stagey, but not for a film consciously structured like the careful and methodical (sometimes impulsive, given an opportunity) calculations of inmates planning a prison break. There is always the possibility of a great escape. Furthering the analogy, their contemporary clothes are swapped for a drab uniform of modest dresses, and the five Rapunzels are literally locked behind the bars of the family home, a remote hilltop compound.

Mustang's premise and its incidents are at once incredibly far-fetched and all too real. One of the strengths of the screenplay, co-written by the film's Turkish-born, French-raised director Deniz Gamze Erguven, is that it suggests but neatly avoids direct mention of any specific religion, and keeps the oppressive influence vague. It could be a cautionary fable about the predatory hypocrisy of any patriarchy, of any community predominantly defined by social conservatism.

That it works depends on the execution – especially the natural chemistry between the five actresses and their individual performances in huis clos. Each has a distinct personality and relationship with the other four, varying levels of determination and her own reasons for wanting to escape. It also has a lightness; in almost any other context, such complete teenage indolence on summer holiday might be pleasurable. Cinematography by Ersin Gok and David Chizallet often stays close, crowding in to the girls in cramped quarters and their tangle of limbs to convey their confinement (you can practically smell the skin), in moments of play, sadness and relaxation, the strain of frustration and boredom briefly forgotten as they languish in the heat. But even when napping in the sun in the gated courtyard, one of them always has an eye on the locked door.

Quieting a litter of kittens, or keeping these titular wild horses penned in, would seem as futile as trying to carry a drink of water across the room in cupped fingers.

Beyond the similarities to Alcatraz Island (isolated from the rest of the village and society not by a bay but vast land in a remote, rural location), there is the same dehumanizing routine and longueurs. As it progresses, Erguven escalates the episodes of risk-taking, testing increasingly risky breaches, rebellions – one nail-biting minivan scene in a parking lot in particular – and outright fugues.

That there are five sisters allows Erguven to explore the scenario's several possible outcomes, be it happy ending or tragedy or the bittersweet fates in between. It's a question of whether, and how much, and, if so, how many of the sisters might successfully escape this life. What makes Mustang deserving of its many accolades and awards (and a place among the best foreign-language film contenders on the Oscars long list) is that these questions not only work as powerful social commentary, but make for a terrific prison-break movie. 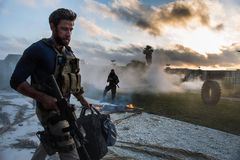 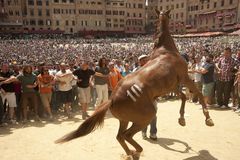 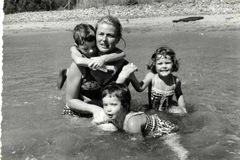