Deepening and darkening the implications established in The Hunger Games a year ago, The Hunger Games: Catching Fire takes the narrative and thematic liberties traditionally granted the middle chapter in a trilogy and drives the stakes up sharply.

The result is not only a dramatic improvement over what was already an unusually smart and satisfying pop-cultural parable (based on Suzanne Collins's best-selling novels) of insurgent 99-per-cent rebellion, but a very likely candidate for the all-time-great-sequel sweepstakes. Brought to the screen by the Austrian-born Francis Lawrence, whose previous credits include I Am Legend and Constantine, and who is currently shooting the trilogy-capping two-parter Mockingjay, the second instalment in the saga also marks the arrival of a filmmaker we'll be watching closely in the future.

Opening a year after the events of the first instalment – and on the eve of the 75th-annual Hunger Games – in which the lethally resourceful Katniss Everdeen (Jennifer Lawrence) survived the made-for-mass-media survivalist ordeal staged by the authoritarian regime of Panem as a means of keeping a brutally oppressed populace both cowed and entertained, Catching Fire establishes from the outset that the first games, at least compared to what's to come, were mere warm-up exercises. Indeed, by the time Katniss is again released in the Arena, as a result of circumstances generated by her own dangerous status as symbol of hope, she will face cruelly customized tests and terror that will make the first round seem about as deadly as minor-league dodgeball.

Now returned to live in closely monitored celebrity comfort in a posh new home, Katniss is nevertheless as restless as a caged panther. She's plagued by PTSD flashbacks of what she did in order to win, and her clear contempt of the status quo, and especially its insistence that she maintain the carefully constructed public façade of her devotion to her fellow surviving tribute Peeta (Josh Hutcherson), is catching. Restlessness is rumbling throughout the Districts, and the powers-that-be are worried that this charismatically discontented young woman – despite all efforts to remake her into a lovestruck poster girl for national pride – is providing precisely the wrong kind of inspiration. This is why the frostily ruthless President Snow (a smoothly menacing Donald Sutherland) sees fit to pay a visit to Katniss to remind her who's in charge.

At first, he threatens Katniss's family, then throws in the possibility of entire District 12 annihilation for added incentive. Then, just to ensure that protocol is properly observed, he concocts a special edition of the Games for the upcoming Third Quarter anniversary of the regime: The coming round will include only past winners, which means Katniss and the dutifully besotted Peeta are to be thrown back into an even deadlier ring.

Although it takes more than an hour before the cannon's blast announces the start of the games, Catching Fire wastes no time getting there. On the contrary, the time taken to delineate just how unremittingly evil the spectacle-driven Snow regime is – including the summary execution and public flogging of dissidents – and just how much fire Katniss must muster not to be doused, simply makes the movie that much more irresistibly dramatic. Since the weight of hopelessness hangs so heavily over the land, the faint flickerings of whatever hope is left is carried by the movie like a candle in a tempest.

But as pointed as Catching Fire's political barbs are, it's the film's status as a highly effective and entertaining popcorn diversion that qualifies it as so fascinatingly subversive. (But not as subversive as it might have been. Like the first Hunger Games, Catching Fire curiously omits any scenes of how the televised version of the ordeal is playing back in the Districts, an omission that denies us the experience of just how propaganda in Panem actually plays.) Make no mistake, this is one powerfully involving movie, from the opening-act clampdown on the grumbling masses to Lawrence's remarkable, despair-defying look of there-will-be-blood resolve at the very end. Even at 21/2 hours, Catching Fire burns like a fuse.

And if Lawrence, her marble-goddess face and eyes that radiate quiet rage and unwavering intelligence, again proves she's one of cinema's brightest rising stars, she's smartly complemented by some equally formidable co-stars, especially Philip Seymour Hoffman as the dubiously motivated Gamemaker Plutarch Heavensbee, Sutherland's President Snow and Jena Malone's defiantly impertinent fellow combatant Johanna. But this added performative gravity only makes Lawrence's transcendent authority over the movie all the more intractable, not to mention potently feminist: This is a man's world, in which a woman will rise to change the rules of the game.

Catching Fire shows how to build a brave new world – of marketing
November 21, 2013 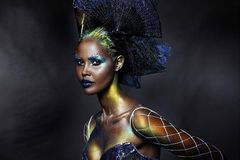 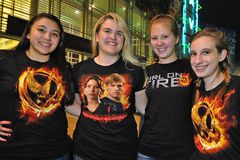 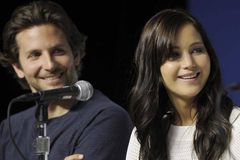