When actors die, the films they leave unreleased become imbued with a special quality. These movies are like ghosts: the artist's unfinished business. Sometimes these performances can effectively serve as cathartic cappers to an actor's career, as with Philip Seymour Hoffman's victory lap in this year's A Most Wanted Man. Other times, an actor may be left taking a posthumous final bow in a three-quel to a children's movie about museum exhibits magically coming to life.So it is with Night at the Museum: Secret of the Tomb, which stands as the final on-screen performance by the late comedian Robin Williams. Though it must have been by sheer dumb luck, the ending of the film actually functions as a believably affecting grace note for Williams. As the film narrows toward its ending, Williams's character – a reanimated statue of trust-busting U.S. president Teddy Roosevelt – bids farewell to museum night watchman Larry (Ben Stiller). Teddy

mounts his steed, strikes his most valiant, rock-jawed, Rough Rider pose, and hardens back into plastic as the sun rises. And there's Williams, arrested in the gilded amber of time. It's maybe not the most fitting, career-encompassing onscreen send-off, but it's a nice one nonetheless. Call it incidental catharsis.

Thing is: Because Night at the Museum: Secret of the Tomb is a modern children's movie, it can't end on a note of well-earned melancholy. So instead, the writers slap on an upbeat epilogue, where the museum's celebrity cast of characters (Williams as Roosevelt, Owen Wilson as a cowboy, Steve Coogan as a Roman centurion etc.) are reawakened one more time so that they may boogie and breakdance to a live DJ. Any sense of closure is blown open and the lingering melancholy explodes into a bacchanal of CGI stupidity. It might as well unfold superimposed with a movie exec's rubber stamp certifying that THIS IS WHAT KIDS WANT.

It's too bad, because before it resorts to its pandering postscript, Secret of the Tomb is funny, charming kiddie-flick fare. Setting the scene during a fundraiser gala at New York's Museum of Natural History, where a self-reflexive voiceover promises the same level of high-tech special effects we've all come to expect, things quickly sour as the cast of magically sentient models begin behaving erratically, leading to the dismissal of the museum's curator (Ricky Gervais).

In order to save his boss's job, and the museum's "special effects," Stiller's Larry smuggles the gang to London's British Museum, on a mission to reawaken the man who built the magic reanimation tablet, a Pharaoh played by Ben Kingsley (on loan from Ridley Scott's ancient-Egyptian epic Exodus: Gods and Kings). A subplot involves a reawakened Sir Lancelot sculpture (Dan Stevens, of this year's under-seen indie actioner The Guest) confusing the magical tablet for the Holy Grail, while also suffering a low-grade existential crisis when he realizes he's not actually the legendary Arthurian knight.

The SFX set pieces are pretty lame, mostly involving a lot of weary running around and tense, ticking-clock urgency. What elevates Secret of the Tomb is the classicism of its humour. The frantic energy slows down, or grinds to a halt, in order to give Stiller's straight man a chance to play off one or another of the film's comic talents: Gervais, Williams, Dick Van Dyke, Rebel Wilson (who is excellent).

Given the big-budget kid-cinema trappings, it almost feels like these talented comics are carving out a space to be funny among all the mayhem. The volleys of spiked, riff-y repartee may not be pandering to what the film's presumed child-viewer wants, but they're plenty of fun for any hapless adults who may find themselves dragged to the cinema in tow. 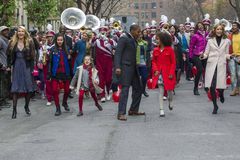 Film Review
Cathedrals of Culture: If buildings could talk
December 19, 2014 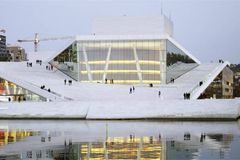 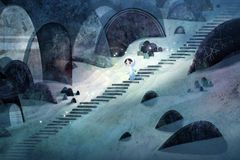 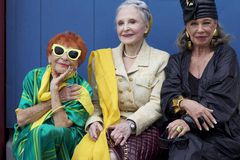