Darren Aronofsky's best film remains his first: Pi (1998), an ultra-low-budget thriller about a man who believes that the God of the Old Testament is trying to tell him something about the end of days.

Fifteen years, five movies and one Academy Award nomination later, Aronofsky has returned to essentially the same tale in Noah, at a greater scale and with considerably diminished artistic returns. The lasting achievement of Pi was that it made a gritty little story about a mad mathematician feel cosmically significant. In Noah, the director takes perhaps the most spectacular chapter of the Greatest Story Ever Told and renders it utterly underwhelming. The drab, under-lit look of Noah, which was shot by Aronofsky's talented long-time cinematographer Matthew Libatique, represents an attempt to ground myth in reality – to quite literally ground it in acres and acres of mud.

The film opens with humanity floundering under the mark of Cain, whose murder of his brother Abel was the straw that broke civilization's back. From what we can see, Noah (Russell Crowe) and his brood – including his wife Naameh (Jennifer Connelly), their three sons and his wayward grandfather Methuselah (Anthony Hopkins) – are the only decent people for miles in every direction.

These early passages resemble nothing so much as the film version of Cormac McCarthy's The Road, with our heroes beset by roving gangs of vandals; in one encounter, they rescue an orphaned girl, Ila, and adopt her gratefully into the family circle. Ila will grow up to be played by Emma Watson, and, as such, into an object of desire for Noah's elder sons Shem (Douglas Booth) and Ham (Logan Lerman), despite the fact that a childhood injury has rendered her barren. Meanwhile, back in town (such as it is) the masses gather behind Tubal-cain (Ray Winstone), a self-styled conqueror who can tell that something big is about to happen and refuses to miss the boat on an escape plan.

Aronofsky's great theme as a filmmaker is the individual who destroys him or herself in an attempt to achieve perfection, whether represented by a beautiful mind (Pi) or a flawless physical performance (The Wrestler, Black Swan). In Noah, though, the protagonist is compelled by external forces: Noah receives his marching orders directly from God via elaborate, CGI-enhanced visions that suggest that the Creator (or maybe the director) has worn out his Blu-ray of Tree of Life.

The gravitas of Noah's knowledge that the majority of life on Earth is about to be wiped out clashes with the oversized absurdity of much of what's going on around him, including the clan's collaboration with a group of giant rock monsters (actually fallen angels), who, whatever their actual scriptural origins, look and sound like creatures from other high-end blockbusters – gigantic refugees from The Lord of the Rings.

These and other gimmicky touches suggest that Aronofsky is trying to justify his project's massive cost, and yet it's obvious that what he's really after is a sense of intimacy. The film's second half, set inside the Ark as the storm rages outside, is basically a sea-bound psychodrama that finds Noah wrestling with a form of survivor's guilt and channelling it against the other passengers.

Where a great, daring writer like Timothy Findley was able to make the claustrophobia and sexual paranoia of a mixed family adrift resonate in his ingenious Great Flood riff Not Wanted on the Voyage, Aronofsky and his co-writer Ari Handel struggle to create authentic drama and so fall back on action-movie clichés. The point at which Noah stops dead so that two burly movie stars can roll around on the ground pummelling one another is when some viewers may start to suspect that the director is piloting his own gigantic vessel on cruise control.

The film is not without its moments: One shot of a rocky outcropping teeming with people trying to escape the rising tide is borderline-Boschian, and an intelligently designed recap of the Creation myth provocatively overlays Old Testament language on images of evolution. But most of what's on offer here feels depressingly familiar, especially Crowe's performance, which doesn't deviate from the actor's track record of hard, manful glowering; frankly, he was much better playing a man caught between his loved ones and a larger sense of duty in The Insider (which also featured some more authentically visionary hallucinations to boot).

As for the other actors, they're badly wasted, especially Connelly, whose screen time mostly consists of grinding herbs to put the Ark's non-human passengers to sleep (which also cuts down on the special-effects budget, since that means we never really have to see the critters in action).

What could have made Noah work is the same sense of urgency – of fateful craziness – that made Pi so memorable, and which also factored into the fatal obsessions of The Wrestler and Black Swan (two very flawed movies that admittedly benefited from stronger lead performances than the one here).

Even Aronofsky's much-derided 2006 feature The Fountain, a wannabe Kubrickian epic about love and eternal recurrence, felt at least like a movie the director had to make. Noah never quite achieves the grandeur it's reaching for, maybe because in the end the director isn't really stretching all that far. He has upped the weight, but he hasn't raised the bar. 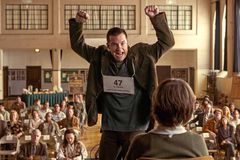 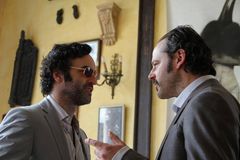 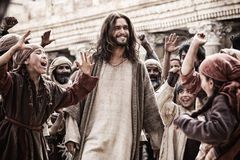 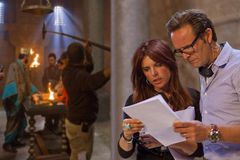 Black Swan's double vision
December 3, 2010
Follow us on Twitter @globearts Opens in a new window
Report an error Editorial code of conduct
Due to technical reasons, we have temporarily removed commenting from our articles. We hope to have this fixed soon. Thank you for your patience. If you are looking to give feedback on our new site, please send it along to feedback@globeandmail.com. If you want to write a letter to the editor, please forward to letters@globeandmail.com.
Comments