If you are going to borrow somebody else's characters and write their backstory, you had better create a narrative so original it justifies the loan: Warner Bros.' Pan has got to clear a higher critical hurdle than Universal's Minions. Sure, Pan provides some fun in the shape of soaring galleons staffed by dastardly deckhands, one really mean pirate chief and a courageous flying boy, but in fashioning a creation myth for Peter Pan, director Joe Wright and writer Jason Fuchs have produced such a thin story that they reduce, rather than amplify, J.M. Barrie's famous characters.

In the midst of the Second World War, Peter (Levi Miller) has been left by his frightened mother in a London orphanage run by a gluttonous nun (an amusing Kathy Burke). She not only hoards the boys' rations, but also sells the poor mites themselves to some pirates, who spirit them away in flying ships. Peter soon finds himself scooped up and transported to a grim pit mine in Neverland, where the tyrannical Blackbeard (Hugh Jackman) forces his workers to dig for the fairy dust that keeps the old buzzard perpetually young. Jackman is quite delicious as Blackbeard, but the mine scenes are weirdly evocative of a wartime labour camp, an effect rather amplified when Peter asks if this is Canada, the mythical place to which lucky orphans are sometimes evacuated.

Thankfully, the fanciful quickly reasserts itself: Falsely accused of theft and pushed off a plank into the void of the mine, a falling Peter discovers he can fly and so begins to uncover the story of his mother's fate and his fairy roots.

Helped by a rebellious sort named Hook – Garrett Hedlund plays him as a cowboy with two hands, both intact – Peter escapes the mine and meets the natives led by the spunky Tiger Lily (Rooney Mara). And so we move to a place of riotous colour as designer Aline Bonetto cleverly reimagines the native Americans of the original story as a United Nations of tribal peoples lead by a Maori chief and defended by a ninja warrior. Wright is a British director better known for literary adaptations (Atonement; Anna Karenina) than action movies, but as the pirates attack, dropping in on ropes like circus acrobats, he produces the best-realized scenes in the film.

If Peter could just do that flying trick again, the natives will accept him as the prophesied leader who will unite them with the fairies and drive out Blackbeard once and for all. (Just in case the grownups have missed the Christian imagery, Hook actually uses the word messiah.) But Peter only wants to find his real mother while Hook is busy starting up a Beatrice-and-Benedick thing with a very skeptical Tiger Lily.

Young Miller's Peter is solid, neither too stilted nor too saccharine as the boy struggles to become the real Peter Pan, and Mara's resolutely feminist Tiger Lily is also pleasing. The problem here is Hedlund's flat version of the puzzling Hook; the actor is no Harrison Ford and the easy charm of the coupling between a bad boy and a haughty princess of the kind that animated the original Star Wars and Indiana Jones movies is nowhere in sight. Of course, many in the audience will recognize the character is intended as an antecedent of Captain Hook, but how he's transformed into Peter's enemy lies outside the parameters of this ill-conceived story.

If Hook is the biggest disappointment here, the tiniest ones are the fairies, represented as nothing more than a swarm of pixels when they do finally appear, with Tinkerbell taking the shape of a fluttering light that lands for a second on Peter's finger. (Most of Barrie's copyrights, which he gave to London's Great Ormond Street Hospital, have expired, but the creators of Pan did make a donation to the children's hospital. On the other hand, Tinkerbell is mainly a Disney property, which may explain her near-invisibility here.) By the time Peter does meet his mother again in the fairies' chillingly crystalline domain, this whole movie is feeling rather familiar, and it's neither Barrie nor the Bible that eventually comes to mind. An abandoned baby, a boy with special powers who will save his people from an evil genius, an absent parent with the annoying habit of reappearing only in holograms: This salvation story for the under-12s feels like some shade of Harry Potter. And when compared with the rich cinematic realization of Hogwarts's complex supernatural universe, the faint shadows of Pan seem to flicker all the more erratically. 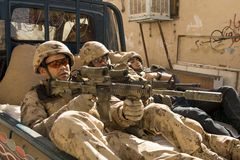 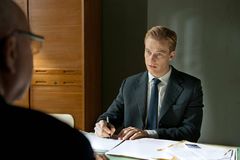 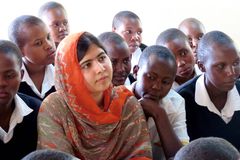