How long do you wait before cinematically revisiting a tragedy? Common practice in Hollywood dictates at least five years, although even that amount of time can engender a distinctly "too soon" vibe – see Oliver Stone's hasty World Trade Center, released just half a decade after the 9/11 attacks, or Peter Berg's Deepwater Horizon, which failed to connect with audiences when it came out in the fall, six years after the deadly oil-rig explosion.

But what happens when you narrow that window even further? The film industry is about to find out, with not one but two movies about the Boston Marathon bombings opening this year, less than four years after the 2013 terror attack: this weekend's Patriots Day, from Deepwater Horizon director Berg and star Mark Wahlberg, and the forthcoming Stronger, directed by David Gordon Green and starring Jake Gyllenhaal.

The former technically opened just three years after the attack, slipping into a few select U.S. markets in the last quarter of 2016 in order to qualify for this year's Academy Awards. That might seem like a presumptive move – an Oscar contender from the director of Battleship, featuring Wahlberg in full Boston Strong mode? – but despite both the film's pedigree and its perhaps premature gestation, Patriots Day works surprisingly well. (Okay, the producers should have used the appropriate apostrophe and titled it Patriots' Day, but there are bigger things in life to quibble over.)

Focused less on dramatizing the minutiae of the race itself and more on the exhaustive manhunt that followed the bombing, Patriots Day is much more than what its all-American marketing would lead you to believe. True, Berg has already built himself a reputation as a guardian for blue-collar U.S. heroes – think of the family-men rig workers in Deepwater, the humble football players of Friday Night Lights, the brave and battle-hardened Navy SEALs of Lone Survivor. Following that pattern, it's not much of a leap to expect Patriots Day to act as a portrait of why #BlueLivesMatter. And yes, the film does paint law enforcement in the best light possible, even stopping the film dead to give Wahlberg's Boston Police Department sergeant (a composite character) a flowery speech about how police are the final line between good and evil.

But once Berg wraps up those seeming obligations to his oeuvre, he creates a remarkably affecting and engrossing tick-tock drama. This is not some treacly ode to America the Great or a jingoistic screed against Dangerous Others, but an efficient and intense thriller that mines the best tropes of the chase genre.

Berg's camera ducks and weaves, Paul Greengrass-style, as we follow the efforts of the FBI (led by Kevin Bacon's special agent), the BPD (headed by John Goodman's police chief), and various levels of government to capture bombers Tamerlan and Dzhokhar Tsarnaev. The shaky camerawork, mostly quiet performances and haunting score from Trent Reznor and Atticus Ross (who last propelled David Fincher's The Social Network to new aural heights) all add up to a thoughtful exploration of immense courage under extraordinary pressure.

Even the Tsarnaev brothers, so easy to cast as faceless monsters, get relatively nuanced depictions by Themo Melikidze and Alex Wolff – the script doesn't wave away the complex emotions that course between them, nor shy away from their twisted motivations. They are foul cowards of the highest order, but Berg approaches the two with at least a desire to understand what led them to commit such unforgivable violence.

Berg also creates one scene that should stand as an all-time classic: a residential street standoff between the Tsarnaevs and members of the Boston and neighbouring Watertown police departments. As the frantic brothers toss off homemade explosives and the local cops fire almost blindly into the chaos, Berg executes a perfect set piece of chaos and confusion, terror and bravery. (The fact that J.K. Simmons plays one of the Watertown cops with an absurd amount of self-confidence simply adds to the perverse excitement the scene induces.)

If only some enterprising editor could have dissuaded Berg from inserting real-life footage of the marathon heroes toward the very end of the film, which tips the movie into an overly blatant moment of rah-rah sentimentality. But at the very least, Berg proves he has the skills and sensitivity, going forward, to mine whatever history he would like – no matter how fresh. 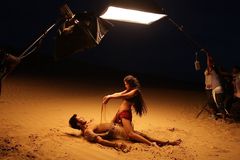 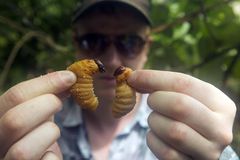