It is all too easy to approach Pete's Dragon with trepidation. After a summer spent wading through umpteenth remakes and reboots and reconfigurations, a fresh version of a 1977 Disney musical sounds like the perfect way to slowly dip your toes into the ninth circle of Hell, surrending yourself to an eternity of pain as the rest of humanity burns to the ground, its final cry a warbled, "Maybe the new Ben-Hur will be decent!"

But while Hollywood has certainly conditioned audiences to adopt that peak level of cynicism, it would be unfair to use it against the filmmakers behind the updated Pete's Dragon, a surprisingly effective work of family entertainment that hits all its marks, and then some.

The film's success can be traced to a few factors, none of which puts the movie business in the clear. (The only reason a 2016 version of Pete's Dragon exists, after all, is an industrial hunger to exploit whatever drips or drabs of nostalgia remain in today's otherwise tapped-out audiences.)

First, there was the decision to hire director David Lowery – a filmmaker with only three features to his credit, all of which you have never heard of. Unless, that is, you are a super-fan of Terrence Malick and anything with a vaguely Malickian touch, which means you're well acquainted with Lowery's 2013 drama Ain't Them Bodies Saints, a modern-day Western that aches for Malick's dusty, sun-dappled visual poetry at the same time it lovingly apes it. It's a tender, lush and captivating feature, but one that doesn't exactly scream Disney – which is exactly what a Disney film needs.

With his version of Pete's Dragon, Lowery resists the temptation to cling to the company's time-tested formula of easy smiles and easier sentimentality, creating something that is unique to his off-kilter, slow-cinema sensibilities. The simple plot unfolds at its own deliberately languid pace. The performances, especially Oakes Fegley as the titular creature's human companion, are wonderfully muted and devoid of any exaggerated theatrics so common to modern family films. And the visuals are delicately composed, with Lowery sketching out a time-frozen slice of America that instantly sears a postcard of the Pacific Northwest in your memory.

Perhaps the smartest decision Disney made when deciding to crawl back into the dragon's lair, though, was to completely reimagine what the original film was in the first place. The 1977 Pete's Dragon, for those who might still be haunted by Mickey Rooney's garish performance, was an overlong (128 minutes!), whacked-out trip of a musical that focused on an orphan, his vengeful redneck foster family, and a green-and-purple dragon animated in the style of Roger Rabbit, but with none of that character's grace or charm or wit or anything, really. To revisit the film today is to wonder just how checked-out studio executives once were – or perhaps they just assumed audiences were primed for the apparently irresisitible combination of Red Buttons mugging, Don Bluth cartooning and slavery-themed musical numbers.

Here, the songs have been stripped, the human characters played by real-deal actors (Bryce Dallas Howard, Wes Bentley, even Robert Redford), and the dragon rendered more of a giant, furry CGI dog than a flat, scaley creature of medieval myth. (Though the beast's design does sometimes verge too close to The Neverending Story's Falkor – you know, that giant flying "luckdragon" that gave you nightmares as a child.)

The basic elements remain the same – there's a little boy named Pete, he has a pet dragon named Elliott, and the rest of the world just doesn't understand – but it is all refashioned in just the right way with just the right level of sincerity to make the project seem like less of a cash grab and more an honest effort to entertain and enthrall.

Toward the end of the film, as Pete and his makeshift family defend Elliott from a horde of townsfolk, Lowery's movie asks its audience to side with magic over cynicism. It's a moment worth embracing and remembering as the summer movie season wheezes toward its finish line, and the rest of the industry contemplates just what to rehash next.

Film Review
Sausage Party might be the most wonderfully delirious Hollywood flick ever
August 11, 2016 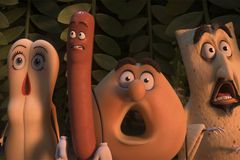 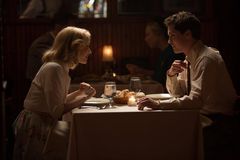 Film Review
How He Fell in Love has scenes of raw emotion but stumbles in the end
August 5, 2016 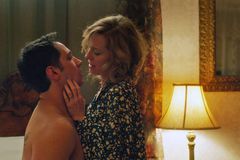