British director Stephen Frears (The Queen, High Fidelity), hits his stride again after a few stumbles with the new film Philomena, a drama that mixes some cozy truths and righteous indignation.

Featuring an unlikely duo in acerbic comic Steve Coogan (The Trip, 24 Hour Party People) as a jaded journalist and Dame Judi Dench as a kindly, indomitable Irish woman, the film is a calculated crowd-pleaser. But it's a crowd-pleaser with political bite, drawing parallels between the cruel treatment of young unwed mothers in 1950s Ireland and of gay AIDS patients in the United States a few decades later.

Based on Martin Sixsmith's 2009 book, The Lost Child of Philomena Lee, the film follows the decades-long attempts of a retired nurse to find the toddler she was forced to give up for adoption in the Ireland. Coogan (who co-wrote the script) plays Martin, a depressive journalist with Dench as Philomena, a pious senior citizen who carries a supply of hard candy and biscuits wherever she goes.

Though a determinedly cheery soul, her life has been shadowed by the forced separation from her first-born child. As a teenager in rural Ireland, she became pregnant after a fling with a boy she met at a fair. To hide her shame, she was locked up in one of the notorious Magdalene laundries for fallen women, run by nuns, where she was put to work and allowed to visit her son only an hour each day. Three years later, she watched through the window the day the nuns who ran the place sold her child to a wealthy American couple.

Initially, the film's focus is on Martin, an ex-BBC Moscow correspondent, licking his wounds after being embarrassingly ousted from his flack job with Tony Blair's government over an unfortunate e-mail. Out of work and fresh ideas, Martin is invited by a magazine editor to write a "human interest piece," which he considers beneath his dignity. But a chance encounter with Philomena's daughter, a server at a cocktail party, looks like an opportunity to milk some journalistic pathos.

After a quick meeting, Martin heads off with mom and daughter to County Tipperary to the Rosecrea convent where Philomena lived. The nuns who run the place are generous with their tea and fruit bread but tight with any useful information. Though they insist all records were destroyed in a fire, they have conveniently preserved the contract where Philomena signed away any rights to her child.

Having reached one dead end, Martin begins combing through U.S. immigration and birth records. What makes the film work isn't really the detective story, but the grace notes between the two actors. Dench's Philomena is a shy but voluble sort, who beams while recounting her most recent romance novel in excruciating detail. Initially, the laughs all seem to be at her expense but as the relationship grows, the balance shifts. Although Martin rolls his eyes at her naiveté and trite expressions, Philomena proves more worldly about sexual matters than she seems, and she undercuts his superciliousness and shallow cynicism with her directness.

What at first seems formulaic comedy gains a deeper resonance as we see how they represent two responses to cruelty and injustice – first outrage, and with time, eventually, forgiveness. 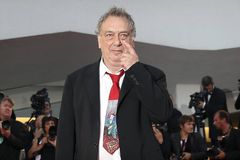 All work is all play for Stephen Frears
October 1, 2010 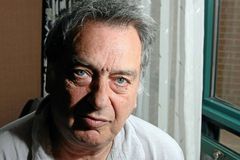