Like so many great filmmakers before her, Claire Denis tries her hand at a film noir with Bastards. The result is something as black and sticky and inescapable as a tar pit – a movie whose darkness swallows its characters and the audience whole.

In 1974, Roman Polanski's Chinatown redefined the classic Hollywood noir for an anxious new decade: It was the perfect tragic mystery for the Watergate era. Forty years later Denis not only nods toward Polanski's masterpiece but also matches his achievement. Writing and directing with skill and purpose, she's modulated her story to suit an anxious, late-capitalist present tense. Bastards (Les Salauds) is very much a movie of the moment, even as its basic narrative elements – a lone-wolf hero, a conflicted femme fatale, a scary house in the woods – are as timeless as a fairy tale.

When we first meet Marco (Vincent Lindon), he's a free man – a ship's captain living and working happily on the open ocean. The question of what might compel someone to flee so far offshore is answered when his sister Sandra (Julie Bataille) calls him back to Paris to sort through the family wreckage. Sandra's husband Jacques has committed suicide, leaving his business in ruins; her daughter Justine (Lola Créton), meanwhile, is in thrall to some sleazy thugs with connections to Jacques's ex-business partner Édouard Laporte (Michel Subor) – a sinister high roller who surveys the world below him through covetous eyes.

In an attempt to do some reconnaissance, Marco moves into the apartment next to Édouard's mistress Raphaëlle (Chiara Mastroianni), who doesn't know her new neighbour's identity but is drawn to him like a moth to a flame. As such, she becomes a rather shapely impediment to Marco's mission to exact vengeance on Édouard, although part of what gives Bastards its unique tension is that its nominal hero doesn't really have a plan. For all his admirable strength and cunning, he's powerless in the face of the graft and corruption embodied by his nemesis. Subor, who has starred in several of Denis's previous films, is brilliant: With his ghoulish sneer and ghostly white hair, his Édouard could be a Gallic cousin to Robert Blake's bad guy in Lost Highway.

Denis has always been considered a poetic filmmaker, but Bastards has the terse, clipped quality of hard-boiled detective prose. The dialogue is terse and the cuts are abrupt. When the director tried to put her stamp on the vampire genre in Trouble Every Day (2001), she ended up with a visionary splatter-fest – a film equal parts ridiculous and sublime. Here, despite a few dreamlike digressions, she keeps the story moving forward, borne aloft on powerful currents of dread. The feeling is of characters gamely hurtling toward their doom. A late shot of a smashed luxury automobile being transported down the highway at high speed could be this film's grim emblem.

The final passages of Bastards are among the most devastating of Denis's career, and the intensity of the imagery leaves the titillations of The Girl With the Dragon Tattoo or Prisoners back on the airport-paperback rack where they belong. Denis is not a cynical filmmaker, and her indictment of a culture where absurd wealth at once obscures and intertwines with obscene desires is tinged with anguish rather than acceptance. At the end of Chinatown, Jack Nicholson's Jake Gittes is told to forget the horrors he's seen because they're nothing new. But with Bastards, Claire Denis wants us to remember – and rest assured, we will.

For director Claire Denis, nothing is as extreme as family
October 10, 2013 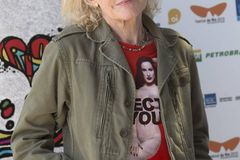 Read 'em, rate 'em, sort 'em: The Globe guide to 100-plus TIFF 2013 movies
September 4, 2013
TIFF's top 30
November 23, 2009
Follow us on Twitter @globearts Opens in a new window
Report an error Editorial code of conduct
Due to technical reasons, we have temporarily removed commenting from our articles. We hope to have this fixed soon. Thank you for your patience. If you are looking to give feedback on our new site, please send it along to feedback@globeandmail.com. If you want to write a letter to the editor, please forward to letters@globeandmail.com.
Comments