There are many, so many, jarring moments to be found in Alex Garland's bizarre and beguiling new film, Annihilation.

Take the scene early on in which the film's heroes – an all-female government expedition, led by biologist Lena (Natalie Portman), tasked with exploring a quarantined zone known only as "Area X" – encounter a mutated alligator large enough to be mistaken for a small dinosaur, surreal enough to be a mass hallucination. Or the moment where Lena's crew wades into a lush, overrun garden, its plants having eerily sprouted into something resembling human form. Or the entire final 20 minutes of the movie, which is like the closing moments of Stanley Kubrick's 2001: A Space Odyssey remade by a very well funded David Cronenberg.

Yet the most striking, shaking moment in Annihilation has nothing to do with Area X or the perverted flora and fauna within it. Rather, it's when the film's spare score is interrupted by the folksy strains of Crosby, Stills & Nash's Helplessly Hoping. Its drifting in and out of the soundtrack is partly a reminder of Lena's previous life, before Area X turned her world inside out – we hear CSN croon as she flashes back to goofy bedroom antics with her husband, military man Kane (Oscar Isaac), and it provides a sonic backdrop for Lena once that love is lost and she's left at home alone – but mostly the song is an artifact of pop-culture normalcy in a world defined by aberration. Which makes Helplessly Hoping and its deft employment the most alien thing in a movie obsessed with aliens, both figurative and literal.

On that last note: No, I didn't just reveal a giant spoiler. The very opening shot of Garland's film makes clear that the phenomenon of Area X is extraterrestrial in origin. This narrative decision may fuel all manner of uproar with fans of the film's source material, novelist Jeff VanderMeer's stunning Southern Reach trilogy, and it initially didn't sit well with me, either. The beauty of VanderMeer's books is that the whys and wherefores of Area X are not important – it could be alien, supernatural, spiritual, or something more unimaginable – because it is what happens within the space that matters. By the conclusion of Garland's adaptation, it's clear he understands and respects VanderMeer's point to the extreme, even if the expectations of a mid- to major-budget sci-fi film these days demand traditional closure.

But if Garland must play by some of modern Hollywood's rules, he abandons them in just about every other way. Annihilation arrives with an outré third act – near silent, and hypnotizing in its embrace of the abstract – but also a host of other delightfully unfamiliar elements. There's the nearly all-female cast, for instance, whose makeup – Portman's scientist, plus a psychologist (Jennifer Jason Leigh), an anthropologist (Tuva Novotny), a physicist (Tessa Thompson), and a paramedic (Gina Rodriguez) – and storylines pass the Bechdel Test with flying colours. There's the back-and-forth narrative structure, edited with little audience hand-holding. There's Portman's fascinating lead performance, one that juggles wide-eyed optimism, heart-rending disbelief, and something more sinister.

Coursing through all of this, though, is Garland's genuine curiosity about the natural world, and what gives any of us the right to call ourselves a part of it. It's a similar broad-strokes question that the filmmaker toyed with in his feature debut, 2014's cynical Ex Machina, and though it's clear he doesn't have an answer (who would?), it's a genuine thrill to watch him try to tease one out.

And if all this just so happens to involve a new way of listening to Crosby, Stills & Nash, all the better. 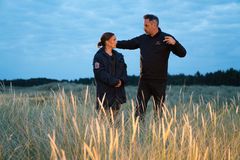 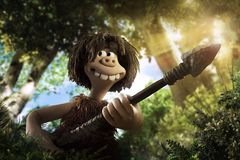 Film Review
Review: Before We Vanish takes an amusing approach to alien invasion 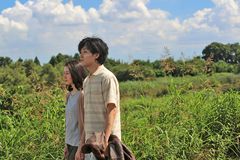