Director Eliza Hittman is becoming the auteur of coastal Brooklyn. Her first feature, 2013's It Felt Like Love, captured the languid summer ennui of Flatbush and deep Brooklyn. The milieu is similar for her latest, stunning feature, Beach Rats, which opens this week.

The film's premiere at the Sundance Film Festival won Hittman the directing award, and it is little wonder why. With Beach Rats the director homes in on the neon-lit boredom of Coney Island and transports her audience to the handball courts of Gerritsen Beach in far south Brooklyn. Here, the young men of the film lope through the summer nights fuelled by OxyContin, vaping like each puff is their last.

British actor Harris Dickinson stars as Frankie, a young Adonis of a beach bro who has sex with men but doesn't identify as gay. Considering the working-class, deeply homophobic community he's grown up in, this equivocation is not altogether surprising. His cruising can't happen on the beach during the day like it can for his friends. His lust is relegated to chat rooms and bushes, though the shame that so often accompanies narratives such as this is harder to locate. The camera lingers on his full lips and almost gets lost in his sad blue eyes. So, too, do the men who lean in closer to their webcams to see Frankie, who purposely sits in shadow.

There is no "coming out" for a guy such as Frankie, who is bound by blood and class to the machismo that surrounds him. Instead, he's saddled with a dying dad, an unwitting beard (the superb Madeline Weinstein) and a younger sister (Nicole Flyus) who gets to experience first love with a simplicity Frankie quietly envies. Conventional ideas of romance – such as fireworks and swing sets – are merely corny when they can't apply to you.

It Felt Like Love was a visually lush anti-morality play about a young girl desperately wanting any kind of sexual awakening to happen – good or bad. In keeping with Hittman's resistance to moralism, Beach Rats strikes a final chord of ethical ambiguity when one of Frankie's hookups turns into something more sinister. Some audiences will find this incident jarring, while others will recognize that beautiful people can do ugly things.

The cast is largely comprised of amateur actors, which was also the case with It Felt Like Love. Hittman cast non-professionals to play Frankie's friends, whom she found on various handball courts in Brooklyn. However, the film's script was more demanding than that of her first feature and the director realized that at least her leading man would need to be an experienced actor. Dickinson is perfectly cast and the film's mix of skill gives it a gritty realism that heightens the emotional pitch.

Shot in 16 mm by cinematographer Hélène Louvart, Beach Rats has drawn comparisons with Barry Jenkins' Moonlight, Claire Denis' Beau Travail and the films of Larry Clark. It reminded me of the erotic seaside poems of Walt Whitman, and Hittman herself has named Philippe Grandrieux as an inspiration. But Hittman's movie doesn't need these qualifying similarities to make it worth seeing. Beach Rats stands on its own merits as one of the boldest, most original films of the year. It does that incredible thing of making you miss it before it's even over, like fireworks that turn to smoke before you're ready. 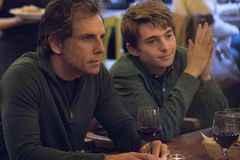 Film Review
Review: Kingsman sequel is a service Her Majesty would prefer to be kept secret
September 22, 2017 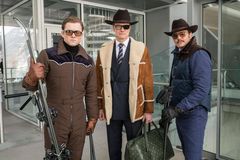 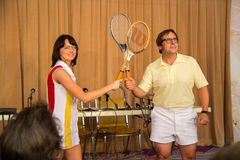