The history of Hollywood is filled with an endless number of irresistible "what-if" scenarios. Return of the Jedi, for instance, was almost directed by David Cronenberg. Robert Redford was this close to playing Michael Corleone in The Godfather. And Steven Spielberg has circled so many projects – Rain Man, Cape Fear, Meet the Parents, Oldboy, Interstellar – that it's a wonder the man has found the time to direct anything at all.

Now to add to this list of could-have-beens and never-weres is Deepwater Horizon, the high-octane dramatization of the 2010 oil spill that devastated the Gulf of Mexico. Originally, the film was intended to be the next big thing for J.C. Chandor, the acclaimed director behind the cerebral dramas Margin Call, All Is Lost and A Most Violent Year. Chandor envisioned a rigorously accurate recreation of the events on April 20, 2010, when the Deepwater offshore drilling rig suffered a massive explosion that left 11 workers dead. It would be an ensemble film, and a socially conscious one, too. In an interview with Collider in 2014, Chandor said the film would emphasize "the tragic sort of poem as to where human beings' relationship with oil is right now."

Lionsgate offered the indie filmmaker his biggest budget to date (it cost $10-million alone to build a replica of the rig in New Orleans), Mark Wahlberg was cast as the lead, and everything was going according to plan. Until it wasn't. Suddenly, Lionsgate got nervous about the script. The ROI estimates were starting to make executives sweat. So Chandor was out, and Peter Berg was in.

At the time of the switcheroo, it was easy to throw knee-jerk shade at the move. Chandor was a true auteur, daring and driven. Berg was known for fast-paced, macho-centric action pics (Lone Survivor, Battleship) that featured lots of explosions and men yelling each others' names very loudly. How dare Lionsgate not follow through with Chandor's vision! When will Hollywood learn to trust its artists! And so on and so forth.

But while Chandor's film will forever remain an item of speculative curiosity, forever relegated to the margins of Hollywood history, it is a surprising pleasure to report that Berg's Deepwater Horizon is, well, pretty damn good. For whatever myriad reasons, Lionsgate correctly intuited that Berg was the perfect man to unravel the tale of the doomed oil rig, a feat he accomplishes with remarkable intensity, ratcheting up the tension carefully and steadily to create a gripping tick-tock thriller.

Berg's methods are tried and tested. By allowing the first half of the film to focus on a handful of relatable characters (Wahlberg's family-man electrician, Kurt Russell's respected rig supervisor, Gina Rodriguez's young navigational wiz), the director successfully grounds the drama in emotion before unleashing a torrent of pyrotechnics and carnage in the latter half.

The director isn't reinventing the disaster genre, but merely fine-tuning its more frequently misunderstood elements. It can be so easy for most films to dismiss characters caught in such remarkably perilous situations as mere cannon fodder – it's almost a sport to see which ones will die first, in true car-crash fashion. But Berg imbues a rare sense of humanity among the fireworks, creating a potent mix of high drama and higher tension.

The director even manages to stick it to corporate America – a rare feat for a major studio production – by casting the BP executives in charge of the rig as villains so slithery they might as well come with fangs. (John Malkovich plays his BP honcho with such cartoonish, venomous glee that he may have well indeed thought he was playing a literal snake. Maybe Berg told him the movie was some sort of Jungle Book-like mashup? Who knows.)

There are other missteps, too. The very real environmental impact of the disaster is entirely glossed over. Late-act heroics are just a little too conveniently timed. Oil-rig jargon is thrown around with an abandon that nearly makes the dialogue impenetrable. And, as expected, there are many scenes of men yelling each others' names very loudly.

Yet the overall product is so tightly assembled, and so emotionally satisfying, that any complaints end up being inconsequential. 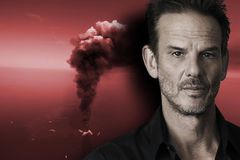 How Mark Wahlberg and Peter Berg make their unlikely partnership work
May 17, 2018 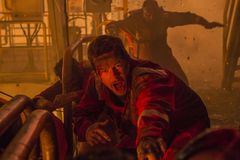 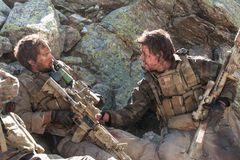