Alexander Payne does not make optimistic films. Think of the endings to the writer-director's Election, About Schmidt, and his directorial debut Citizen Ruth, whose finale still stings. (Sideways and Nebraska could be interpreted as having sunnier outlooks, but matters are still left hanging by the end.) The Omaha-bred filmmaker specializes in a dour, restrained melancholy. Life goes on, but man, what an absolute terror it can be.

So it is both a surprise and a slight disappointment that Payne's Downsizing is a shining beacon of hope, or at least a conciliatory pat on the shoulder that everything is going to be okay when in reality the world is going to hell.

The film is, at the very least, the most ambitious story Payne's ever told. In the near future, overpopulation has so ravaged the Earth that a group of Norwegian scientists have cracked the code to "downsizing" – i.e., shrinking humans and all their possessions down to about one-12th of their size. Those who choose to "go small" live in specially designed tiny communities, with all the minuscule pleasures of diminutive modern life – and all for a fraction of the cost of "normal-sized" living. The only catch: The procedure is irreversible.

After a portion of the world participates, the idea catches the eye of cash-strapped Omaha everyman Paul Safranek (Matt Damon) and his wife, Audrey (Kristen Wiig), who are about to take one giant small leap when … well, a twist arrives that would spoil the narrative Payne and regular co-writer Jim Taylor delicately set up (and has already been revealed by a few clumsy trailers). Suffice to say that the story shifts dramatically, allowing the screenwriters to dramatically expand their canvas, looking at how this particular kind of shrinkage has affected not only Paul's cozy corner of middle-class America, but the world over. And this is where the pleasures, and problems, of Downsizing reveal themselves.

Although Downsizing debuted to raves when it premiered at the Venice Film Festival in August, it deservedly came under more scrutiny as it wound its way through the fall festival circuit. For one, the latter half of the story pivots on Paul's relationship with Ngoc (Hong Chau, wonderful in a role that should demand more of her), a poor Vietnamese political activist who comes into Paul's privileged orbit. As Ngoc and Paul get to know each other, the story swerves into a not-nearly-subtle-enough lesson about the value of charity, and the kindness of strangers. It is a noble lesson, but just like the film's scientists who envisioned downsizing as a panacea for the world's problems, Payne and Taylor's motives go sideways.

By having the entire story viewed through Paul's perspective – one of comfort and aw-shucks-ain't-the-world-crazy navel gazing – the movie inches close to white-saviour mythmaking. Paul is a great guy who just wants to make the world a better place, but his desires, and one would assume those of Payne and Taylor, would carry more weight were we ever to see the story from Ngoc's perspective, or anyone else's. Paul's journey, and that of the entire film, becomes just one latent realization after another: Racism is bad, financial inequality is bad, fear-based immigration policies are bad, climate-change denial is bad. These aren't unimportant lessons for a film to dole out, just obvious ones that Downsizing treats as revelations. And perhaps to some Western audiences, they are. But Payne and Taylor don't quite reach into such tricky territory, and instead play it safe and sunny.

Still, the film cannot be completely dismissed because of the backward execution of its good intentions. Payne and Taylor accomplish some serious, awe-inspiring world building, thinking through the tiniest details of a li'l world. Along with Chau's performance, the film is also peppered with indelible turns – many far too short – from Wiig, Christoph Waltz, Udo Kier, Jason Sudeikis and Payne regulars Laura Dern and Margo Martindale. And for a director who's likely never worked with so much as a green screen before, Payne handles the complex visual effects with remarkable ease. Downsizing could have looked entirely silly; instead, it seems no less real a world as Nebraska's.

There are missteps, more than an Alexander Payne film might be accustomed to, and they are far from small. But Downsizing is still something of a giant effort. 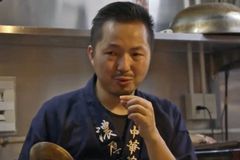 Film Review
Review: Molly’s Game has Aaron Sorkin written all over it
December 21, 2017 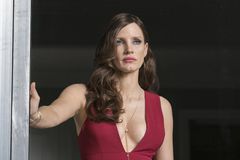 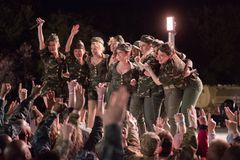