Peter Rabbit, at least this 2018 version of Peter Rabbit, is a rebel. He's a rascal. He's not your parents' beloved literary icon, nor is he the character your grandparents were once introduced to. He's a rabbit for the 21st century; a bunny so rooted in modernity that it makes sense for him to be voiced by James Corden and upgraded to CGI.

Today, in the view of Sony Pictures, Peter is wisecracking and hell-bent on driving the animal-hating Mr. Thomas McGregor (Domhnall Gleeson) from his home and garden. That mostly rings true, as both Peter Rabbit the movie and Peter Rabbit the character are adventurous updates of the Beatrix Potter classic. But what the marketing seems to miss is that Peter Rabbit is also a movie built on the importance of family, on learning to love and the pain that comes with growing up. What's more: It does a surprisingly solid job of driving those points home.

The film's story certainly doesn't waste time getting us there. From the start, we learn that Peter and his sisters (Flopsy, Mopsy and Cotton-Tail, voiced by Margot Robbie, Elizabeth Debicki and Daisy Ridley, respectively) have been orphaned, and that the kind and compassionate Bea (Rose Byrne) has taken it upon herself to care for them over the years. Unfortunately, things get messy when McGregor Jr. moves in to settle his late uncle's estate and hits it off with Bea. And then messier still when we discover how much McGregor detests rabbits. So, of course, Peter and his compadres take up their cause and vow to rid themselves of their new neighbour, regardless of consequences or who gets hurt along the way.

Which paves the way for jokes and set pieces. We see choreographed fight sequences between live-action characters and animated animals. We witness what happens when Mrs. Tiggy-Winkle (Sia) grabs hold of an electric fence. And we hear more than a few smart one-liners delivered briskly and casually (and a little too quick for younger kids to pick up). But the real magic of Peter Rabbit exists less in its multigenerational appeal (come for the running songbird gag, stay for the chemistry between Byrne and Gleeson), than in its emphasis on what it means to grow and change and accept fault. As Peter continues to wage war on his enemy, he's forced to reconcile what he's fighting for, why he's fighting for it and why he's been so scared to grow.

That emotional punch packs perhaps unexpected heat. Few of us walk into a James Corden-voiced movie expecting to feel real feelings. (Some of us thought we were just going to watch General Hux square off against an animated bunny for two hours.) But Peter Rabbit cements itself as a children's film that makes its adult audience take stock of their own actions and ways of thinking, particularly as the story ends up abandoning the concept of heroes and villains, and paints its characters with shades of grey.

Evidently, it turns out no one is perfect, most of us are just trying, and we've all obsessed over an issue that's come to eclipse our own well-being. (Plus, there's a lovely scene involving a classic illustration of Peter's late parents.)

Yes, the franchise has been updated. Yes, Peter is voiced by James Corden as James Corden at his most James Corden-y. (If you're not a fan, I cannot help you.) And no, the movie is absolutely not your grandparents' beloved book. But like Peter himself, you learn to grow with this update. Because this is a new generation's version of Peter Rabbit: one that honours the original while still being itself.

Plus, Peter was always a rascal. Dude never even wore pants. 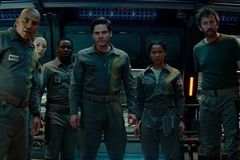 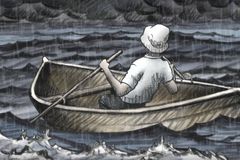 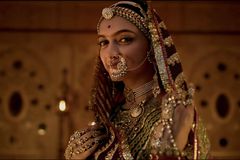