Before we get to the fact that Hallie Meyers-Shyer, director of Home Again, is next in line to Hollywood's romantic comedy throne after her mother – queen of 'em all, Nancy Meyers – let's consider her first feature in its own right. It's funny and totally charming enough to warrant that, what with Reese Witherspoon in the lead, Lake Bell as her comic foil and Candice Bergen as glorious as ever.

Home Again sees single mother Alice (Witherspoon, returning soon to the role of "mom at school drop off" she recently played in HBO's Big Little Lies) just relocated across the country to the Los Angeles of her youth. There, after a drunken night out, she will invite three aspiring filmmakers to come live in her guesthouse and set off a series of mostly adorable high jinks. The difference between Alice and these young film bros (Nat Wolff, Jon Rudnitsky and Pico Alexander) is a 13-year age gap, yes, but it's also a difference of kind. She's the responsible mom still reeling from the separation from her man-child husband (Michael Sheen), and they are, well, 27 years old. It's a matter of rosé versus Budweiser – which is to say, just the stuff of rom-com movie magic.

Although the most conventionally attractive of the three gents, Harry (played by Alexander who is a dead ringer for nineties heartthrob Andrew Keegan), is meant to make Alice weak in the knees, it's his scriptwriting buddy George (Rudnitsky of Saturday Night Live) who is unwittingly the film's most charming subject. Harry feels oddly miscast in a movie that otherwise nails it: Bell plays a delightfully vapid socialite in quintessential Californian caftan, Ben Sinclair of High Maintenance appears for a brief but shining cameo, while Bergen emerges as an endearing Gena Rowlands-like stand-in who is Alice's mother and former muse to her late ex-husband's cinematic oeuvre.

Tellingly, the opening sequence of Home Again is ripped from the pages of Anjelica Houston's 2013 memoir, A Story Lately Told. Alice is, like Angelica, the daughter of a swashbuckling Hollywood director whose genius is only matched by his serial infidelity. Alice, like Anjelica (but also, as the child of two directors, Meyers-Shyer herself), was raised on sets amidst the whorl of motion-picture making.

This conceit – of harking back to Hollywood's heyday – recalls Meyers's 2006 hit The Holiday, which cast acclaimed method actor Eli Wallach at 91 in a reverent homage to Hollywood. The love story of Home Again is not with the strapping young men who swoop into Alice's life to shake it up, it is with Hollywood and the industry's ardent love of film-family dynasties: the Houstons, the Meyers, the sprawling offspring of American cinema's finest decades. (The New York Times's film critic A.O. Scott is Wallach's great-grandnephew, naturally.)

On the surface, Home Again's premise sounds like Bad Moms meets eighties classic Three Men and a Baby, but a closer and unavoidable approximation would have to be a mash-up of the films of Meyers herself (who is one of the film's producers). It has the single-mother heartache of Baby Boom (from 1987 and co-written with then-husband Charles Shyer), the age-gap comedy of The Intern (2015), and the Brentwood milieu and Pinterest-worthy kitchen of most of Meyers's films. It is said that men often applaud an imitation and hiss the real thing, but maybe the cult of originality need not apply to everything. Perhaps a film education that began in utero and developed over 30 years, as it did for Meyers-Shyer, is good enough. As the credits roll, it can be said that Home Again is a tight, witty script from a first-time director with a long list of hits ahead of her – and, of course, the golden age of Hollywood dynasties lighting her way. 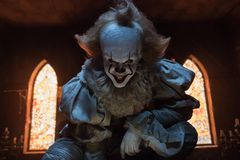 Film Review
Review: Tulip Fever, despite its late arrival, is still not quite in season
September 1, 2017 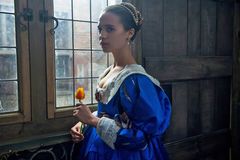 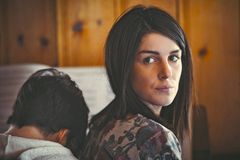