Eli Roth's Death Wish poses two improbable prospects in this, the cursed year of 2018. Namely, what are the chances that modern audiences are clamouring not only for a remake of a ludicrously pro-vigilante series that stretched on for five films and strained all manner of credibility and good taste – but also a new film starring Bruce Willis, age 62, yet acting with all the vim and vigour of man three decades his senior?

Head scratchers, both. Yet somehow, Roth and his Death Wish co-conspirators convinced MGM to fund one of the most ill-timed, ill-conceived, ill-executed, and just plain ill – as in sick, diseased, rotten – films to grace the big screen in recent memory. And Daddy's Home 2 opened only four short months ago.

Director Michael Winner's original 1974 version of Death Wish was itself something of a toxic property. The adaptation of Brian Garfield's novel completely flipped the author's intentions, positioning middle-class New Yorker Paul Kersey (Charles Bronson) not as family man damaged by the primal urges of revenge after his wife is murdered, but an all-American hero – someone who, presaging the words of 1976 dynamo Travis Bickle, could deliver a real rain that would wash all the scum off the streets.

Audiences weary of a pre-Giuliani New York, and generally ill-informed and frightened of urban living, cottoned on to Kersey's shoot-first-do-nothing-later approach, and the series exhausted itself until self-parody arrived with 1994's Death Wish V: The Face of Death.

There is no clear explanation as to why Roth decided today's world needed to revisit the franchise's ultra-right-wing dog whistling. Perhaps a George Zimmerman biopic fell apart due to rights issues, and this was the closest producers could get. Or maybe the cinema needs just that much more sickeningly sincere gun fetishization – they've certainly got an audience in Senator Marco Rubio, so that's one ticket sold.

However this Death Wish came to be – and whoever convinced the usually talented, albeit crassly so, Joe Carnahan to write this script – shall remain a mystery. Just as no one will ever truly know why Willis jumped aboard, or who thought his participation was a good idea.

The actor's most recent big-screen role was a walk-on in last year's Unbreakable sidequel Split – but otherwise, Hollywood has wisely shoved the erstwhile John McClane to the VOD trash bin, justified punishment for a half-decade of extraordinarly lazy work. Do the titles Vice, Extraction, Precious Cargo, Marauders or First Kill sound familiar? They shouldn't, because even if you did for some reason stumble upon these recent Willis vehicles, you surely would've struggled to stay conscious.

At least in Death Wish, Willis has found good company in the once brash but now equally indolent Roth (Hostel, Cabin Fever) – the two of them just can't muster any energy whatsoever. As the newer, wealthier version of Paul Kersey (he's a Chicago surgeon now, for no reason other than a doctor's office makes for a good, cheap set), Willis perfects the art of well-compensated sleepwalking. His face is stone, his actions static, his voice the pitch of a telemarketer. For a man whose wife (Elisabeth Shue) is murdered and his daughter (Camila Morrone) assaulted, you'd think Willis would muster up some rage, or at least range, while hunting down the lower-class immigrants who done his family wrong.

Instead, Roth lets his soundtrack and easy-shock gore effects do the heavy lifting, setting one nauseating scene of Kersey carefully cleaning his gun to the let's-get-this-party-pumping sounds of AC/DC's Back in Black, while another disgustingly (albeit unintentionally) echoes Saskatchewan's Colten Boushie case.

The only thing stopping Roth's film from being an irredeemable zero-star disaster is its introduction of a dramatic principle that I'm nicknaming Chekhov's Gun Cabinet – but that's hardly justice for such a recklessly criminal cinematic act as Death Wish. 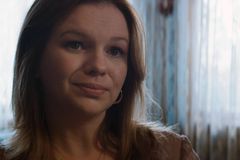 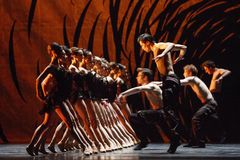 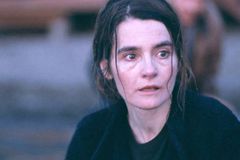