Based on David Levithan's young-adult novel of the same name, Every Day involves a bodiless spirit named "A" who wakes up each morning inhabiting a different person.

What does the "A" stand for? Let's say it's short for "agender" and "aracial," because "A" by turns spends 24 hours as an aloof black male, a petite white cheerleader, a hunky boy next door, a transgender student, a suicidal Asian girl – you name it. The constant is that the people embodied are roughly the same age as A, which, in this film, is upper teenaged.

A's motto is to "never leave a trace," but the lost soul can't help but do so when it falls in love with Rhiannon (the level-headed protagonist played by the talented young Australian Angourie Rice, the film's star). A's love is reciprocated, Rhiannon comes of age and a first love is the most refreshing kind imaginable. What we have here is an honestly simplified film for teen audiences that gently breaks barriers and embraces diversity, LGBTQ sexuality and pure romantic love. It's nothing close to a great film, but neither is it something young audiences see every day. 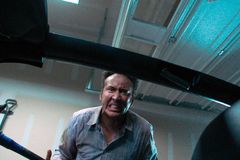 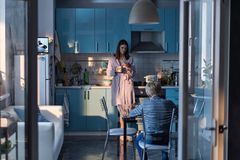 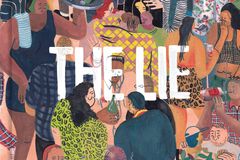