A recent report in these pages compared the state of Britain's Brexit-riven politics with that of Westminster: the historic Houses of Parliament are in such dilapidated condition that sections of the building are at imminent risk of collapsing on the heads of its fractious inhabitants. Oh well, things surely can't be as bad as they were in the spring of 1940 as the Nazis pushed the British Expeditionary Force toward Dunkirk. As director Joe Wright evokes the situation in Darkest Hour, the argumentative parliamentarians, who have abandoned the appeasing Neville Chamberlain and reluctantly selected Winston Churchill as prime minister, gathered in a chamber of such gothic gloom you'd have thought both the physical and political state of British democracy was terminal.

Surely nothing straightforward nor positive could emerge from a place with such vertiginous seating arrangements and unhelpful effects of light. Wright's Darkest Hour is filled with many lush examples of the pathetic fallacy, which doesn't totally disguise the awkward truth that this is a film mainly about meetings.

Of course, the external situation is highly dramatic. It's May, 1940; the Nazis are advancing rapidly across Western Europe toward the coast of France, where they will trap the British at Dunkirk. The Commons has lost confidence in "If at first you don't succeed" Chamberlain, and the governing Tories are forced to chose the erratic Churchill as the only one of their members to whom the Opposition will agree. The new prime minster – that's the excellent Gary Oldman under prosthetics that render him unrecognizable – is faced with an awful decision: to wage an impossible war or sue for a disastrous peace.

Oldman, both successfully imitating the famous wartime leader and embodying his odd mix of bombast and anxious energy, is particularly impressive in these moments of doubt: Kristin Scott Thomas's crisp Clementine Churchill need hardly tell him (with gentle pity) that he carries the world on his shoulders. You can feel it.

When not stalking the basements beneath Whitehall, this contradictory figure inhabits a world of dirty palaces. Designer Sarah Greenwood and cinematographer Bruno Delbonnel do wonderful work here, evoking a civilization on the verge of abandonment or collapse with their chiaroscuro views of the magnificently cluttered Buckingham Palace, the shuttered drawing rooms at No. 10 and the dim Commons, where sunbeams penetrate the distant, dusty windows.

This setting and that performance should be enough to carry Darkest Hour. If they aren't, it is perhaps because we know so well that Churchill is in the right in his conviction that Britain must fight: a doddering Chamberlain (Ronald Pickup) and his co-conspirator, the weasly Lord Halifax (a particularly unpleasant Stephen Dillane), feel like nothing more than nuisances, some screenwriter's contrivances to block the plot, rather than historical figures with legitimate views. Meanwhile, Scott Thomas's Mrs. Churchill is underused because Wright and screenwriter Anthony McCarten have little space for more than passing references to her husband's private demons, notably his alcoholism and depression.

So, as Wright returns repeatedly to the basement meetings of the War Cabinet, the action drags. Now, those grand cinematic gestures above ground begin to feel like cover for the many walk-and-talks in the subterranean corridors to whence power has retreated to rehearse the same arguments again and again. When the film bursts out of this dramatic trap, Wright's attempts to take the problem to the streets come up short. There's the inevitable secretary with a relative at the front – a similar character graced the disastrous Churchill D-Day biopic earlier this year – and a lamentably stilted scene where the new PM gets on the tube to talk to ordinary Britons.

Darkest Hour opens Dec. 8 in Toronto before expanding to other Canadian cities Dec. 15. 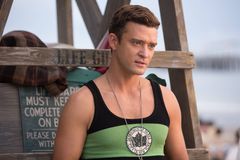 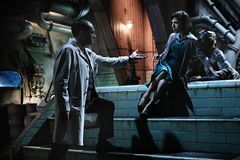