The indie film Great Great Great is billed as a dark comedy. It's not. It's more a dark, cautionary tale about a young woman who wants it all – a good man, a sordid affair, a conventional wedding, an unconventional life, a monogamous sex life, a kinky, extramarital one – and plays the dualities off against one other, until she's almost left with nothing at all.

Lauren (played by Sarah Kolasky, who co-wrote and co-produced the film with Adam Garnet Jones) has been in a committed, long-term relationship with boyfriend Tom (Daniel Beirne), an all-round decent (but kind of boring) guy who is temporarily out of work as an urban planner. So Tom fills his days building Lego structures in their tiny apartment or hitting the neighbourhood gym. Lauren, the quintessential passive-aggressive, tells him, in loving tones, to basically get a life. To be, essentially, "more" than he currently is.

Lauren – a self-styled mother figure – likes to make Tom pastel-coloured macarons and bring him whisky on the rocks. She's got the decent job. She's bringing home the paycheque. She has the last say. And Tom's content to let Lauren be the alpha in their relationship. Except for his lack of gainful employment, he's more or less happy with his lot as the runner-up in their family of two.

But his partner can't help but wonder if there shouldn't be more. Everything – their sex life, their ability to communicate, their living arrangement – is all "just fine." Lauren craves the almighty "more" and she looks for it in all the wrong places.

Still, the young couple's relationship is at the point where marriage feels like the obvious next step. But Lauren's restless discontent leads her to look for a greener pasture. When an old flame shows up at her office she launches into a torrid affair that involves frequent trips to the basement storeroom. There's little evidence she's racked with guilt. Instead, Lauren heads home and tells Tom they should get married. He was planning to ask her as soon as he found a job. Once again, Lauren has beaten him to the punch and is calling the shots.

Tom buys her an engagement ring on credit, and Lauren starts planning the wedding. But out of the blue, she also decides to look at a bachelor apartment. Is it a hideaway for secret trysts? Is she planning on ditching Tom? No. Instead she meets her bridesmaids and carries on her double life.

Beirne and Kolasky's performances hit many high notes. The emasculated Tom's pain and confusion is palpable. And Kolasky is a slyly adept at playing both the virgin and the whore. But the seesaw she's on makes little sense, and that's a glaring loose thread in the script. The audience is supposed to feel empathy for Lauren's predicament, but we (at least this reviewer) did not.

Apparently, the filmmakers – who met at Ryerson University film school – decided to reshoot the original ending after focus groups complained it was too "happy" to be believable. So Great Great Great ends as it began – on an ambiguous note. Perhaps that was the filmmakers' intent, but it leaves the viewer dissatisfied. Is Lauren happy with how things eventually turn out? Or is she eventually going to seek another green pasture? Like poor Tom, we really don't have a clue.

Film Review
Review: Romantic connection remains frigid in The Mountain Between Us
October 6, 2017 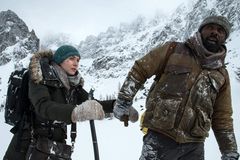 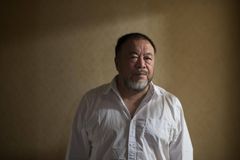 Film Review
Review: Loving Vincent is a visual masterpiece unto itself
October 6, 2017 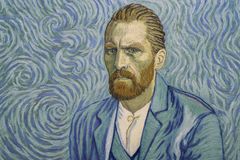