Gringo is a movie designed to inspire. Not in the typical way – there is no rousing story of hope and there are no characters who overcome unbeatable odds. Rather, Gringo serves as a remarkable inspiration to struggling writers everywhere, because no matter how bad you think that script you've shoved inside your office desk might be, there is the very real chance it could one day become a feature-length film. If someone somehow convinced somebody somewhere to turn the screenplay for Gringo into a real-life motion picture with real-deal actors, then, hell, it could happen to anyone.

It is difficult to begin with just where Anthony Tambakis and Matthew Stone's Gringo script goes south, because it is so ill-conceived from the get-go. There are ostensibly two stories fighting for screen time here, neither of them halfway compelling – and I fear in an effort to remedy that, Tambakis and Stone deliberately tried to make one narrative weaker so that the other would triumph. Instead, both sides flatline.

One half of the film focuses on Harold (David Oyelowo), a Chicago-based middle manager who is being set up to take the fall for the criminal antics of his horrible bosses, pharmaceutical executives Richard (Joel Edgerton) and Elaine (Charlize Theron). On a routine business trip to Mexico, Harold is accidentally exposed to the planned betrayal, leading to one fake kidnapping attempt, two or three real kidnapping attempts (I couldn't be bothered to keep track) and too many scenes where it feels as though the audience has been kidnapped – except we paid our own ransom in the cost of an admit-one.

On the other side of things is Sunny (Amanda Seyfried), a just-guess-her-disposition retail clerk who's dragged to Mexico by her boyfriend (Harry Treadaway) as he attempts to score a drug deal. Naturally, this plan goes awry and the pair get mixed up with Harold and several barely sketched Mexican stereotypes (ne'er-do-well kidnappers, stoic federales and a cartel boss nicknamed the Black Panther, which leads to all sorts of non-Chadwick Boseman-related disappointment).

As director Nash Edgerton attempts to tie his screenwriters' threads together, he loses track of just what kind of movie he thinks they're making. Gringo has moments that reach for corporate satire, but they are few and far between – and not all that funny. There are slices of domestic drama, with Harold's marriage to an unfaithful wife (Thandie Newton) falling apart and romantic betrayal between Richard and Elaine. There is a hint of political commentary on what happens when ugly Americans go abroad, but the movie seems to hate Mexicans just as much. And then there's the completely grey area that Sharlto Copley occupies as Richard's mercenary brother, called in to clean up his mess.

The most painful part of watching all this tonal and narrative sloppiness spill out onto the screen, though, is contemplating how much time was wasted by Gringo's top-tier cast. It is easy to imagine how Joel Edgerton got roped in (director Nash is his brother) and maybe Theron felt compelled to lend her star power because the film was financed under her Denver and Delilah Productions company. Copley, perhaps he just needed an excuse to act like a slightly normal human being for once (emphasis on "slightly"). But Oyelowo and Seyfried are mystery players here and I can only imagine what threats coerced Newton – who rules the small screen in HBO's Westworld – to waste her energy.

So dust off those spec scripts, all you as-yet-unsuccessful scribes – Hollywood's apparently paying anyone these days. 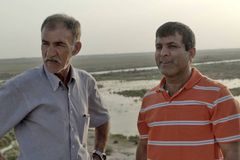 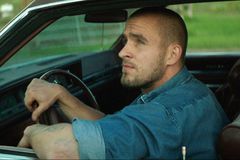