She was – if you were to have polled Twitter – in plain sight. The obvious casting choice. Same hair: thick, full. Same pinched nose, blue eyes. That same twinkle and something earnest that, when buttoned, looks tenacious. Powerful. Resolve that resides in round chins.

And yet, despite those observable similarities, it was announced early last year that Margot Robbie would star as Tonya Harding in director Craig Gillespie's I, Tonya, a fictionalized depiction of the fallen former American Olympic figure skater who, in 1994, was connected to an attack on her rival, Nancy Kerrigan, leading to the totally frenzied and unjust trial-by-media of Harding.

Told in pseudo-mockumentary style, Gillespie's slick, too-soundtracked, and often stressful imagining of Harding's hard-won life begins in Portland, Ore., tracking her ascent as an athlete not just to watch, but an athlete whose rise unsteadied the prim nature of the sport and culminates in the attack on Kerrigan.

The film is structured around conflicting accounts of the same events told by Harding and her former husband, Jeff Gillooly (Sebastian Stan), with occasional interruptions from Harding's pitiless, abusive mother, LaVona, brilliantly played by Allison Janney, who can strike terror (and steal scenes) with little more than a long pause or the wily crook of her half-grin.

In this way, I, Tonya announces itself not as a film preoccupied with the truth, or even in pursuit of telling it, but rather invigorated – it feels – by how entertaining truth can become when it's lobbed back and forth and intercepted, near-compulsively. He says, she says, he says, she says, and so on. The stories told in talking-head interviews pinball between parties, and ultimately what gets lost is empathy for whom it matters most: Harding. Gillespie's insistence on comedy in place of what's largely missing from the film – perspective, pathos – falsely energizes the story. It's sped up but feels hollow. A spinning compass whose needle is about to snap.

Despite rare glimmers of triumph – even hope – and classic underdog moments of jubilation (it does, occasionally, adopt the tone of a great sports film), I, Tonya is exhausting to watch. It's a film so exactly costumed and so exactly designed – verging on working-class cosplay – that verisimilitude functions as diversion. Even Robbie's performance, certainly strong but somehow forced, too in-search-of-Tonya, feels unwieldy and big.

It's a study not in how Harding was as a person facing terribly violent and abusive odds (first from her mother, and then from her husband), but how Harding was, for nearly everyone in her life, including the judges in her sport, merely a character so easily dismissed, manipulated, and taken advantage of. Gillespie's choice to tell Harding's story as a comedy is odd, and in a strange twist, begs the question of its complicity in her continued misrepresentation.

In some ways, maybe I, Tonya is exactly a movie of our times. We've been forced to calibrate ourselves toward extremes instead of considering what's more nuanced, thoughtful and complicated. We go the movies and laugh, because everyone else is laughing or because laughing is, it's worth wondering, one way of expressing total confusion. Discomfort. The dissociative panic of not understanding what's going on and how to stop it from continuing on.

I, Tonya opens Dec. 22 in Toronto, expanding to other Canadian cities Jan. 5.

How Margot Robbie can relate to Tonya Harding
December 21, 2017 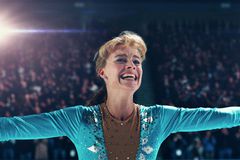 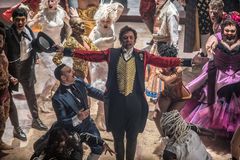 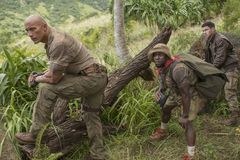