Perhaps it is no coincidence that francophone actors are never cast as Hercule Poirot; although his nationality was inspired by actual Belgian refugees in Britain during the First World War, Agatha Christie's great detective is no more than an Anglocentric fantasy of foreign eccentricities and continental manners expressed in ooh-la-la accents. And so, another British leading man essays Poirot: Kenneth Branagh casts himself as the detective in a revival of Murder on the Orient Express that he also directs.

Apparently, the doubled roles call for a double mustache: the first two curls cover the upper lip, the second two the cheeks. The baroque facial hair is, however, the only remnant of the many over-the-top performances English actors have delivered in the role. Playing a slimmed-down Poirot with beady blue eyes, Branagh tries, and largely succeeds, to make his version a more subtle figure of obsessive rationality and Manichean morality for whom crime represents an offensive imbalance. In an overly extended opening sequence set in Jerusalem, Poirot insists that his two breakfast eggs be of identical size before setting out to unmask the culprit in a local robbery. From there, he's off to Istanbul to join the Orient Express on its voyage back across Europe.

So, Branagh seems to have found his Poirot; what he hasn't found is some way to turn the campy yet occasionally haunting narrative of Murder on the Orient Express into something that might sit well with a contemporary audience. Working from a script by Michael Green that unsuccessfully attempts to replace suspense with psychology, Branagh fusses about with unusual camera angles, improbable outdoor settings and lame action sequences, anything to avoid getting on with the obvious, lining up a surfeit of suspects in the dining car and twisting the truth out of them.

Green chooses, unwisely as it turns out, to make the first major revelation quite early in the action, soon after the brutal stabbing of the gangster Ratchett (Johnny Depp, well cast) in his locked compartment. To provide a motive for Ratchett's murder, Christie snatched a plot from the headlines of her day and, in both the original 1934 book and the 1974 movie version, that creepy crime story provides a chilling contrast with the plush setting of the train carriage and its wealthy passengers. Here, Green and Branagh almost toss off the back story, choosing instead to concentrate on Poirot's interchanges with a cast of characters all quickly shown to have some connection with the deceased.

Occasionally, you can see some glimmer of a successful formula here. Turning the Countess Elena (Lucy Boynton) into a drug addict stoned on her sleeping draughts, Green and Branagh conjure up a scene where a nasty personal secret, a piteous trauma and a strong motivation for murder are all realistically connected. If only all the secrets on the train could be so dramatically unveiled.

Instead, Branagh is busy trying to make a purposefully claustrophobic situation less so. (The train, you may remember, is stuck somewhere in the mountains after an avalanche blocks the track.) He shoots the action from below the knees or well above the heads of his characters; he gets them off the train and marches them into a tunnel; he tosses in an underperforming action sequence on the trestle bridge where the train is sitting. At one ridiculous point, his Poirot goes out into the snow without an overcoat to interview a suspect at a tea table set up beside the track.

Those suspects are played by a star-studded cast led by Michelle Pfeiffer as the man-eating widow Mrs. Hubbard, Judi Dench as the grumpy Russian Princess Dragomiroff, and Daisy Ridley as the cheerful English governess Mary Debenham. They all acquit themselves well, turning the clichés of a less politically sensitive age into more understated and sometimes even quite plausible figures. Derek Jacobi gives Ratchett's butler Masterman an unforgiving hardness just beneath the deferential demeanour; Penelope Cruz is surprisingly inward-looking as the tortured Christian missionary. Still, most of the script's modernizations seem beside the point: Professor Hardman (an underused Willem Dafoe) is an Austrian eugenicist while Dr. Arbuthnot (Leslie Odom Jr.) is black, thereby giving rise to a racist subtext that is mainly a distraction from the business at hand.

Branagh finally concludes that business with another determined tapping on Poirot's own moral compass but, as his suspects face him, lined up at a trestle table across the entrance to a railway tunnel, the situation, his revelations and theirs, all feel flat and forced. Both suspense and emotion are curiously absent. When the train does move again, Poirot gets word that he is now desperately needed to solve a case in Egypt; apparently there has been a death on the Nile. Oh, dear. A sequel to Murder on the Orient Express would be inadvisable. 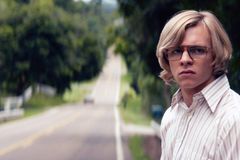 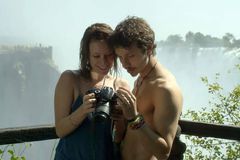 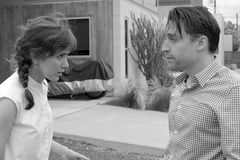