When I walked out of the movie theatre screening Padmaavat, I was shaking in rage.

Directed by Sanjay Leela Bhansali, and inspired by what's widely considered to be a fictional account of a queen so beautiful that she inspired several wars – consider it the Indian equivalent of the Helen of Troy story, but much more chasten – Padmaavat is the Bollywood epic that's sparked controversy in India, with demands from some hardline Hindu groups to ban the movie that they allege misrepresents an historical figure. After the film was cleared to screen across India and internationally, mobs have been rioting in several Indian cities – including an attack on a school bus full of children – requiring security presence outside cinemas.

I'd been curious about Padmaavat ever since the first trailer was released last fall. Bhansali is known for his epic productions, with lavish attention paid to sets, designs, costumes, colour palettes and musical scores – usually at the expense of a tight script. The trailer didn't disappoint, marrying Bhansali's trademark aesthetic, with a dash of Game of Thrones grandeur. That, and a need to advocate for an artist's freedom of expression, drew me to watch the film in Toronto on the first day, first show, as cinephiles like to say in India.

The story of Padmavati, a.k.a. Padmini, is known across India; it's mentioned as a "popular legend" in school textbooks. In Chittor, the place where the events are purported to have taken place, it is considered a true story that's narrated with great pride even today. Padmavati was so beautiful that her mere description inspired Alauddin Khilji, ruler of Delhi Sultanate, to capture the queen and Chittor. When Padmavati's husband Maharawal Ratan Singh was unable to defend his kingdom and queen from Khilji, dying in battle himself, Padmavati along with all the women in the fort committed jauhar – throwing themselves in fire rather than being captured by Khilji and having their honour besmirched. (There are historical references to both Khilji and Ratan Singh, while Padmavati/Padmini is mentioned mainly in poetic works.)

Bhansali has explored well-known epic love stories before: Devdas (2002), Goliyon Ki Rasleela Ram-Leela (a 2013 adaptation of Romeo and Juliet) and Bajirao Mastani (2015). Incidentally, that latter film was also inspired by what some consider historical fiction, and resulted in protests by another community group for misrepresenting historical figures. Fortunately, at the time, a long disclaimer that the movie is inspired by history and does not represent it seemed to do the trick to pacify protests. Padmaavat opens with an even lengthier disclaimer, and adds another one. But more on the second disclaimer shortly.

There are many reasons for South Asians to watch a Bhansali film. Brides-to-be will make copious notes about costume, jewellery and colour schemes for their Padmaavat-inspired weddings, and there will be the inevitable YouTube tutorials on recreating various looks sported by Deepika Padukone, who plays Padmavati. Men will reconsider their workout routines to achieve the muscular looks of stars Ranveer Singh and Shahid Kapoor, who play Khilji and Ratan Singh respectively, though not so sure about the copious use of guyliner or Khilji's double-braid look. Then there's the "Ghoomar" song, one of the main reasons for protests against the film. In the film's teasers, there were fleeting glimpses of Padukone's waist. Padmavati would never reveal herself in such a manner, protesters yelled. So the scene has been digitally altered in Padmaavat to cover the waist – which makes for a doozy of a viewing experience in IMAX.

For others less familiar with Bhansali's work, there's spectacle and stereotypes to revel in. Even though it's clear that much of the movie has been shot on sets or against a green screen, there's an epic scale of the cinematic canvas. There's no subtlety in a script that feeds into a Hindu nationalist narrative and shows the foreign Muslim invader Khilji as a ruthless marauder and native Hindu Ratan Singh as the virtuous king. There's a conniving courtier and a jealous senior wife who advance the ponderous plot. There's even a homoerotic relationship thrown in for good measure, too.

The overwrought drama is watchable for the most part, even as you roll your eyes at its problematic politics. Bhansali is a master of bewitching you with intricate details of a scene so that you forget the elephants in the room. Padukone gives Padmavati, who is also depicted as a politically shrewd warrior as well as a dutiful wife, a luminous quality, and Singh's histrionics fit in with Bhansali's agenda.

Nevertheless, I was getting increasingly irritated. And then, we arrived at the final scene – the jauhar. The second disclaimer at the beginning of the movie says that Padmaavat is not meant to glorify jauhar/sati. But the lengthy scene is played up with such fervour, including a disturbing shot of young girls and a pregnant woman amid the hundreds of women rushing into the flames, that I was enraged.

Usually when I go watch Bollywood movies on first day, first show, I am alone. I counted 50 people at the screening of Padmaavat that I attended at Vaughan's Cineplex Colossus, located north of Toronto. A friend wrote a Facebook account of driving to two cinema halls this past Friday night that were sold out, and finally getting a ticket at a third theatre. And there's the irony. People want to see what the fuss was about, or support a filmmaker's right to create art. But along the way, they'll end up supporting a film that perpetuates stereotypes and carries a dangerous message at the end.

Today, during the time of the #MeToo movement, where women have openly and bravely talked about the ways in which we face gender violence on a daily basis, watching the last scene of Padmaavat was a deeply troubling experience. Physically shaken, I walked out of the theatre, and stood a moment to catch my breath. I saw a mother and daughter standing outside. Wanting to share my outrage, I asked them what they thought of the movie.

"It was so beautiful," the daughter said.

"What about the end?" I asked.

"No, it's a myth," I replied, and left the theatre shaking my head. 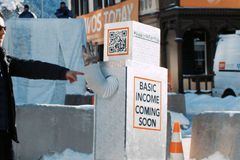 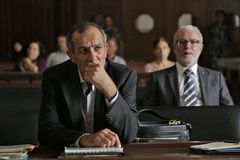 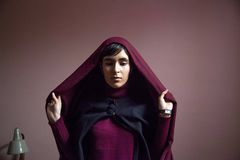