War is hell, hell is relative and so are the merits of movies. Thank You for Your Service is written and directed by Jason Hall, who penned the screenplay to Clint Eastwood's American Sniper, an offensive in-your-sights saga possibly sanctioned by Soldier of Fortune and the Bush administration.

The sincere, if somewhat dull, Thank You for Your Service, then, is Hall's sombre apology. But if American Sniper was ugly and divisive, it was potent, with Bradley Cooper as a made-in-'Merica he-man who only put down his rifle long enough to pick up and wave a flag. The film is what it's called – Eastwood's no ironist.

Neither is Hall. Adapted from the 2013 non-fiction book by David Finkel, Thank You for Your Service deals with three psychically traumatized soldiers discharged from the U.S. Army after service in Iraq. The film's title could be interpreted as a mocking swipe at the subpar government support for soldiers damaged from action, but that doesn't appear to be the case. The U.S. Department of Veterans Affairs is portrayed as a trying, overwhelmed agency.

First-time director Hall seems just as overburdened, as does the film's star, Miles Teller. Hall's drama is less sobering, less engrossing and less ambitious than the more significant home-from-war dramas The Best Years of Our Lives and The Deer Hunter. (Hall shoehorns in a hunting scene here, to no consequence.)

And where Cooper puffed up and disappeared into his tight-lipped, drawling American Sniper bro, Teller is lesser than life. He's uncommitted to his Midwestern accent and doesn't look the part. His lack of soldierly bulk is explained away when a fellow veteran comments on the weight loss of Teller's character.

That character is squad leader Adam Schumann. He liked being a soldier and he was good at it, he tells us. Then one afternoon, during a patrol, all war broke loose. His team ambushed, he manages to haul one severely wounded soldier out of harm's way, but drops him on his head in the process. That's going to haunt him – and it's not the only thing that will.

Quick cut to the airliner ride home, with two of his platoon buddies. They josh and plan for a bachelor party. They and the rest of the troops are welcomed warmly at the airport, where all is "hurray," except for one widow who questions Schumann. Was he with her husband when he died? He tells her he wasn't, which is the truth, but one suspects not the whole truth.

By the way, that widow is played by Amy Schumer. She has brown hair and no makeup; it takes a second scene before you're sure it's her. In a small role, Schumer quietly reveals herself as an actor.

The three characters are all damaged, but to look at them they're fine. "I got all my limbs," Teller's smiling Schumann tells his wife Saskia (Haley Bennett, from The Girl on the Train). "It's perfect."

Saskia, patient and perceptive, is unconvinced, as she should be. Nothing's perfect at all. In the macho world of soldiering, things such as survivor's guilt are repressed and silently endured.

Former sergeant Schumann outranked his friends in the field, and so he does at home in Kansas, where he looks after his battlefield brothers. One of them (played by Joe Cole) returns to a crushing family crisis. The third is a Samoan-American (Beulah Koale) with memory issues so severe he can't re-enlist. Believing the Army made him a better person, he's adrift without a purpose. Worse, his injury is unapparent at first glance. He wishes he'd lost a body part, just so people would believe his loss and at least acknowledge what he gave.

The film moves along steadily, eventually resolving too tidily and not without with some plot contrivances. But that's not the biggest problem.

There's something meek at Thank You for Your Service's core. At the Veterans Affairs office, the soldiers are told to wait in line – that they are one of "hundreds of thousands" in the same situation. It's all so matter of course.

Not once does anyone question the war or their involvement in it. We can't depend on big answers from filmmakers, but to not ask big questions seems like a dereliction of duty. 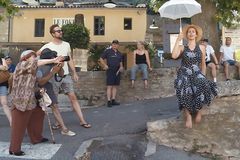 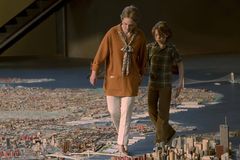 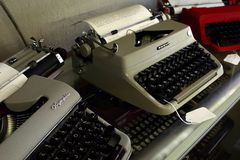