You have to hand it to YA writer James Dashner – the guy has a talent for the big metaphor. Take his original concept for the postapocalyptic Maze Runner series: youths live in a primordial state in a bucolic green called the Glade, but if they wish to leave they must conquer the ever-shifting corridors of the unforgiving Maze. Sounds a lot like the passage through adolescence, with the Maze's monstrous Grievers standing in for mean girls and your trigonometry teacher.

Beyond the Maze, the Gladers discover their experiences are a secret plot by a shadowy corporate entity called WCKD that is ready to submit the youths to any trial in a quest to produce antibodies to a deadly plague. A society led by grown-ups whose instincts for self-preservation far outstrip their sense of responsibility for the next generation – isn't that every millennial's complaint?

Director Wes Ball, meanwhile, has shown a talent for turning these zeitgeisty stories into action movies and The Death Cure, the third and final chapter in the series, bursts out of the gates with a powerful sequence in which the Gladers rescue more of their own off a speeding freight train.

So why do the Maze Runner movies remain so unsatisfying? Dashner, screenwriter T.S. Nowlin and Ball borrow liberally from various dystopian classics, from Lord of the Flies to Mad Max, yet the whole project seems unable to rise above its juvenile roots, stuck around the level of J.M. Barrie's Peter Pan or a Boys' Own Annual adventure. The characters are mere types, and whenever things or people aren't hurtling or exploding or screaming, the action flattens to the dimensions of a cartoon with these bland figures engaging in paint-by-number interchanges. The Death Cure features the return of no less than three lost Gladers, and yet there is precious little tension to these surprise reunions – it's the human detail that is missing from all the bold borrowings in this film.

Having teamed up with various rebels in film number two, The Scorch Trials, the Gladers led by Thomas (Dylan O'Brien) and Newt (Thomas Brodie-Sangster) now launch their assault on the train, fail to rescue their pal Minho (Ki Hong Lee) and then follow his trail through tunnels inhabited by the plague-stricken Cranks, a tribe of festering zombies abandoned by society. Eventually, the boys and Brenda (Rosa Salazar), who joined them in The Scorch Trials, successfully penetrate the fortress city in which the few healthy citizens have barricaded themselves. There they confront WCKD's glacial leader Ava Paige (Patricia Clarkson) and her various confusing schemes to find a cure by means fair or foul.

Even Clarkson's work on the intriguingly ambiguous Paige is starting to wear thin this time out; the combination of flat characters, a young cast and a director whose strengths lie elsewhere means that the overall level of performance is painfully low. Brodie-Sangster can still bring some fire to the spunky, straight-talking Newt, but what separates O'Brien's heroic Thomas from the herd is impossible to discern. And the final big idea that Thomas can be fashioned into some kind of Christ-figure whose blood will save the world is, even for The Maze Runner, a metaphor too far. 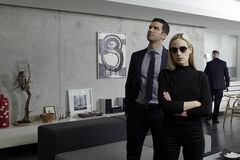 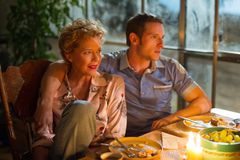 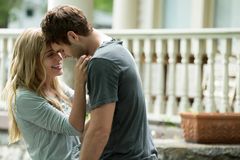