In 1887, in the midst of her Jubilee year, Queen Victoria sent for a pair of servants from her vast Indian empire and employed them to wait on her at table. One of the two, a Muslim clerk from Agra named Abdul Karim, became her constant attendant, confidante and "munshi" or teacher – much to the distress of the Royal Household. Initially invited to Britain for one year, he stayed 13, until the Queen's death in 1901.

In Victoria and Abdul, director Stephen Frears (The Queen, Philomena) turns a heavily fictionalized account of that relationship into a costumed comedy about royalty, race and empire; it's a neatly executed lark but one that eventually becomes ensnared in the colonialism it seeks to expose.

It's not hard to understand what is driving the grumpy old lady so deliciously crafted by the artful Judi Dench as a sequel to her performance in Mrs. Brown, the 1997 film about the Queen's relationship with her Scottish attendant John Brown: Lonely, isolated and bored, surrounded by dullards and flatterers, the Queen is enchanted by a figure who seems both exotic and genuine. Abdul offers the possibility of an intimate connection along with glimpses into a different world.

On the other hand, the smooth and gentle munshi, a charming figure sweetly created by Ali Fazal, remains something of mystery: Is Abdul's devotion to the Queen fuelled by some greater love than self-interest? In one scene, the Prince of Wales (Eddie Izzard) and the Queen's private secretary Sir Henry Posonby (Tim Pigott-Smith) interrogate the second Indian servant Mohammed (Adeel Akhtar), looking for dirt about the favourite; Mohammed wittily tells them that Abdul seeks only preferment for himself – just as they do.

The aggrieved Mohammed is actually a key figure in an often clever script that writer Lee Hall has filled with lots of purposeful anachronisms and comically extended exposition – the Queen, at one point, lists all her physical ailments, including morbid obesity and a prolapsed uterus.

In a similar vein, Mohammed denounces colonialism and, in one fleeting moment, mutters to Abdul two telling words: "Uncle Tom." (It's a tribute to Hall's writing and Frears' direction that such lines, so outlandishly inflated with contemporary political consciousness, are one of the film's more amusing aspects.)

Paired with the taller and happier Abdul, Akhar's slyly effective Mohammed plays the comic foil and the puzzled observer, the one whose presence exposes the stifling traditions of the court and the compromise Abdul may be making. In Frears' best set piece, Mohammed and Abdul arrive at Windsor to witness a vast procession of plate-carrying waiters for a royal banquet in which the bored Queen chomps through her dinner at a pace her discomfited courtiers struggle to match before their half-eaten food is whisked away.

But if we sympathize with the bemusement of the Indian servants in the face of such royal nonsense, we are never fully exposed to their point of view. By the film's third act, Mohammed disappears from the action and the comedy turns toward sentiment without ever revealing any deeper understanding of Abdul's motivations. He returns to India to bring his wife and mother-in-law to live in a cottage on the palace grounds, but his struggles – let alone theirs – are as invisible as the faces of these two heavily veiled ladies.

Frears has attempted to fashion a contemporary message of diversity and inclusion delivered by a tolerant and culturally inquisitive Queen in opposition to her hide-bound and racist courtiers, but in the end that theme is undercut by the film's own Eurocentric realities: Abdul's story is seen mainly from the perspective of the Queen and her courtiers; its comedy is based at least in part on his exoticism, and its drama largely excludes him. When he is depicted back in India kissing the feet of Victoria's bronze statue, Frears can't tell us how seriously to take the gesture in a film that only scratches the surface of its colonial conundrum.

Film Review
Review: Science doc Let There Be Light is both enlightening and terrifying
September 22, 2017 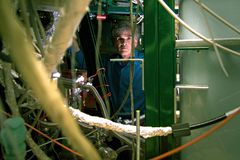 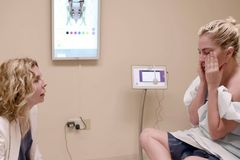 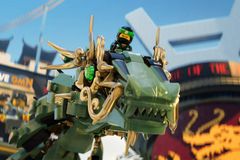