In one of the early scenes in the new biblical epic Risen, the Roman tribune Clavius returns from battling messianic Judean rebels to discover that his helpful boss has destabilized things yet further by crucifying some pesky prophet from Nazareth. Just as you are savouring the delicious irony here – the most famous scene in Western history has taken place off-camera before the audience has even arrived – the Roman prefect Pontius Pilate justifies himself in the language of a contemporary police chief, whinging to Clavius: "I had a situation."

At that, any hope that the clever concept behind Risen might produce a clever movie is thrown to the ground, where it lies quivering for the next hour or so, before expiring noisily in the film's second half.

The concept is that the film is told from the Roman point of view or, as the producers of Risen like to advertise it, the view of a non-believer. Clavius (Joseph Fiennes) is a hard-working and ambitious Roman officer trying to rise in the ranks by keeping the peace – or suppressing the locals – in the province of Judea, and the peace is definitely threatened by the Nazarene, whose followers seem to believe he will now rise from the dead. Sensing an existential threat, the rabbis insist the Romans guard the tomb to ensure those followers can't snatch the body away and claim a resurrection. But of course, on the third day, the body mysteriously disappears.

There follows a more-or-less exciting attempt at a thriller as Clavius runs around Jerusalem digging up corpses and tracking disciples in an attempt to find out where Yeshua's body went. Directed by Kevin Reynolds, who co-wrote the script with Paul Aiello, the film features a lush historical setting and some satisfying action scenes, but the dialogue is often laughable, a mix of the pseudo-archaic with oddly contemporary lingo. Pilate, who Peter Firth renders as an exasperated colonial functionary, is always saying things like, "Your ambition is noted," or, "I am for bed," while at one point somebody actually describes Yeshua as "special."

Meanwhile, the resolution to his disappearance is both annoyingly abstract and ploddingly unmysterious: Where has the missing man gone? Turns out he has risen to sit on the right hand of God. Reynolds and his cast strive mightily to capture what it is that inspires Mary Magdalene (Maria Botto), and various of the disciples, but mainly the first Christians sound like people who have overindulged in happy drugs. They are smiley and harmless but not very coherent. (Although, to be fair, as the big guy himself, the Maori actor Cliff Curtis does radiate a certain magnetic certitude in his few appearances.) The experience of revelation or spiritual ecstasy is an exceedingly difficult thing to represent on film. God only knows what the Coen brothers are trying to say about religion in their recent comedy Hail, Caesar!, but it does contain a rather amusing spoof of that overstuffed moment when the infidel sees "the Christ" for what He is.

Here, in an attempt to depict revelation seriously, Fiennes's hitherto admirably macho and tough-minded Clavius goes all goopy, replacing an impressive glare with a slack smile as both the performance and the film lose all momentum.

No atheist or infidel is going to be converted by this nonsense, produced by Sony subsidiary Affirm Films in the name of "wholesome and trusted entertainment." Even the lapsed or perfunctory Christian seems likely to bristle at the film's didacticism and wonder at Reynolds's decision to insert Clavius, as some 13th disciple, into the post-Resurrection meeting at Galilee.

Perhaps the born-again will thrill to a story that echoes their own journeys toward faith, but I would have thought many ardent believers might also be troubled by Reynolds's presumption. The revisionist theology becomes particularly questionable when Clavius actually saves the disciples from the Romans, thereby permitting them to continue to Galilee and receive their mission.

Hail, Clavius! Apparently, without him there would be no Gospel. His story, on the other hand, could have happily remained untold. 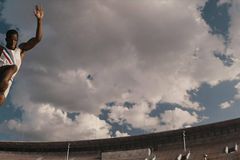 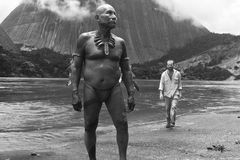 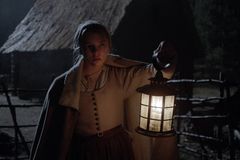