The new Justin Timberlake thriller, Runner Runner, takes us inside the world of Internet gambling which proves every bit as fascinating as you'd imagine, by which I mean, not at all. Even an incident-stuffed script from Brian Koppelman and David Levien (who wrote Steven Soderbergh's Oceans 13 and The Girlfriend Experience) that includes kidnappings, cigar-chomping Latino baddies, on-tap prostitutes and crocodiles can't get us over the central problem with Runner Runner, that gambling operations don't need to break the law to take all your money.

Actually, there's only one real gambling scene in Runner Runner, which takes place early, and director Brad Furman (The Lincoln Lawyer) tries, unsuccessfully, to milk it. Justin Timberlake plays a Princeton grad student and former Wall Street trader with the absurdly Dickensian name of Richie Furst. He is desperately trying to earn his tuition in an online Texas hold 'em game. Richie had been paying his way through school by taking commissions on a betting site, but the dean has just threatened him with expulsion. So, he decides to earn his $60,000 tuition with his savings. His anxious friends gather around to watch the screen while a girl massages his neck. Although he's a talented card player with a big math brain, Richie loses, and loses, and loses. Later, a statistician friend confirms Richie's suspicion that the site must be rigged. Apart from the obligatory thriller scene of downloading data onto a USB key, we're spared the site of other computer screens.

Instead, Runner Runner, turns into a horrible-boss story in the Wall Street or Devil's Advocate line, with Timberlake's frequent voice-over offering us this cautionary tale about the dangers of taking shortcuts to wealth. Richie decides to head to Costa Rica (portrayed as a one-dimensional third world pit of iniquity without an eco-tour in sight). Richie has brought evidence of the statistical anomaly to confront the website's kingpin, Ivan Block (Ben Affleck).

After sweet-talking Block's alluring lieutenant, Rebecca (Gemma Arterton, in a glowing orange tan), Richie attends an exclusive party, where he confronts Block with his accusations. Block dismisses him, but a day later, invites him on his boat. Ivan offers to cover Richie's losses and throw in some goodwill money. And if the kid is interested, he'll offer him a job, potentially leading to millions. The hook is baited, and Richie bites.

"I was in," crows Richie on the voice-over. "He needed some Princeton math, and I gave it to him."

The offshore online gambling world, as Furman portrays it, looks pretty much like every other dizzy ascent into the criminal world portrayed in the movies: whirling hand-held cameras, stacks of cash, bikini-clad women, speed boats and aerial shots of fast cars, all leading up to the inevitable FBI investigation. What's missing is any real sense of suspenseful pace or menace.

While Ivan's fondness for feeding chicken carcasses to his pet crocodiles is vaguely amusing, Affleck is unconvincing in this attempt at Michael Douglas-style sleazy cynicism. When he delivers a line like "If you want a clear conscience, go start a charity" or he describes the FBI agent as working for "chump change" he sounds exactly like one of those embarrassing guys who try to speak in old movie lines to sound impressive.

Otherwise, Runner Runner is a bad run of cliché clichés. Even those of us without Princeton grad school education can guess Richie is being set up from the get-go, and that, eventually, he'll come up with a needlessly elaborate but simplistic revenge. It's obvious Timberlake is really well-cast as a naïve financial wizard. Lots of cocky song-and-dance men have made great Hollywood stars – from James Cagney to Fred Astaire, and Timberlake has the charisma and physical grace, if given a chance to show it. Please, find him a part involving a fedora and dance shoes so he can do something better with his time between making bestselling albums. 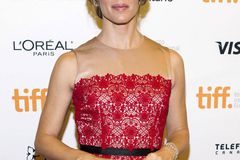 Ben Affleck as Batman!? The Internet loses its cool over #batfleck announcement
August 23, 2013 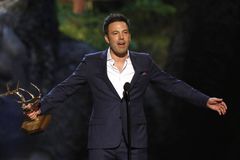