"My name is Katniss Everdeen," croaks the woman whose revolutionary arrow has launched a civil war.

Mockingjay – Part 2 – the fourth and final instalment of The Hunger Games series directed (mostly) by Francis Lawrence – opens with our hero (Jennifer Lawrence), raspier voiced than usual. Her vocal cords are bruised from an attack at the end of Part 1 at the hands of her brainwashed sweetheart Peeta (Josh Hutcherson). With dazed eyes and white hospital gown, the Girl, Interrupted aesthetic works for her, but Katniss is no convalescent. She is a soldier, she is a rebel, she is – as the revolution's leader President Coin (a stiff Julianne Moore) reminds us – nothing short of mythic.

The woman, the myth, the legend: Katniss is like Robin Hood if Robin Hood had a sharper tongue, more clearly defined politics and better hair. She's like James Bond, but without the surveillance-state apparatus behind her. She's like Joan of Arc, without the messy religious bits.

Which is to say, Katniss is fresh blood coursing through the heart of the action-hero genre. In the figure of Katniss, the best parts of her predecessors fold into one tidy combat-ready outlaw with an unshakable moral compass – and, not to get too emotional here, it's hard to say farewell. (Not least of all because Part 2 offers one last chance to see Philip Seymour Hoffman in a new release – all but two of his scenes as Plutarch Heavensbee had been filmed just before his death in 2014.)

With its slower pace and clunky structure, Mockingjay Part 1 is where the franchise experienced most of its growing pains, but it set the scene for Katniss and her expanding band of rebels to rise from the literal ashes and overthrow the Capitol in Part 2. Until now, Katniss's acts of revolt have been a part of someone else's larger plan – fodder for the pomp of the sacrificial games or as the poster girl for the revolution – but now, our hero is singular in her vision: assassinate that maniacal thorn in her side, President Snow (Donald Sutherland, top creep of the series).

This revenge plot animates Mockingjay Part 2 with a satisfying rage. The film sheds the helplessness of the first two movies, which centred on the barbaric games – Katniss's goal was not the toppling of a dictatorship, but bare survival.

If life in Panem has always been a game of life and death for the disenfranchised living in the districts, then at least now, thanks to Katniss and her tendency to go rogue at opportune moments, the stakes of fighting finally have meaning. As the rebel Commander Paylor (Patina Miller) declares with a clenched fist in the air: "If we die, let it be for a cause, not a spectacle."

After a combined total of nine viewing hours, though, it can now be said with some authority that Lawrence has ably carried this series on her back and redefined for a new generation who can kick ass, both onscreen and off.

According to Forbes, her rainmaking role as the mockingjay has her sitting on a cool $52-million (U.S.), out-earning any other woman in Hollywood. Katniss's mentor Haymitch (Woody Harrelson, playing for cheap laughs) suggests that she "might want to experiment with sensitivity and warmth" for once – but nah, angry Katniss is more potent. No one ever told Rambo or John McClane to play nice, so why should she?

It is almost criminal, though, that the end of this otherwise game-changing franchise full of bloodthirsty and complex women concludes on a painfully trite note – the strides made by all four films are undercut by Part 2's underwhelming and hokey epilogue. But, if we are being honest with each other, this goodbye was never going to be easy. 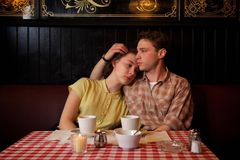