In his documentary shot inside a seminary for young Hasidic women, director Abbey Jack Neidik interviews the joyous and inquisitive 18-year-old Chaya Mushka Stern. He asks why in a world where you can be anything, she would remain Hasidic. She speculates she might become an actress; he tells her yes, you could be a movie star. For a moment she seems to excitedly consider the prospect as though he might be offering a screen test. "Could I really be if I wanted to be?" she asks. Then she dismisses the idea, explaining how material wealth and physical beauty are worth nothing compared to what's inside.

She is a wonderfully open young person ready to discover the world but there is only one role she is preparing for, that of wife and mother. With remarkable access to the seminary in Sainte-Agathe-des-Monts, Que., run by the gregarious Chana Carlebach, Shekinah: The Intimate Life of Hasidic Women sympathetically examines the philosophy of the relatively liberal Lubavitcher sect to which these women belong. Ipods and tight clothes are banned; modesty, hard work and loving others are the order of the day.

Carlebach and Montreal rabbi Moshe New explain their mystical beliefs. In a world where any daily act holds out the possibility of fulfilling a mitzvah, a divine commandment, women have got the upper hand when it comes to spirituality. They are more likely to achieve the mindfulness of the sect's Kabbalistic teachings because "it is the woman who embodies being as opposed to doing." The sect is entirely sexually segregated – even the bride and groom at a wedding dance on either side of a partition – and the rabbi also explains that if you have never touched the opposite sex before marriage, mere handholding can be deeply erotic.

But making women special doesn't make them equal and it certainly doesn't make them free. Like Stern, the women in Carlebach's small school are young and idealistic; they have yet to marry men they barely know, begin hiding their hair under wigs and bearing multiple children. There is only one young married woman briefly interviewed who discusses her first sexual experiences in veiled terms; otherwise, we are relying on the evidence of a middle-aged rabbi that the Lubavitchers' approach to sex is deeply fulfilling to both parties. The film gives us little first-hand evidence about the lives the students will live after marriage and Carlebach's, as Neidik remarks, is chaotic and overburdened.

The mother of 12 who founded her school in memory of a child who died in infancy, she says her husband sometimes asks if running the school does not distract her from caring for their children. She replies that maybe that is a good thing, hinting at a domestic disagreement, but the potential for frustration and dispute in these codified marriages is left unexamined. Neidik, a secular Jew who wonders what has been lost as he jettisoned his grandmother's traditions, is avoiding some hard questions here.

Whatever her unseen husband is up to, Carlebach is a whirlwind. Admirably determined to confront suspicion and hostility in her little Quebec town, she takes her students to visit girls at a local high school. The encounter is polite and mind-opening for the secular girls but there is one awkward moment when they ask the Lubavitchers about homosexuality. They explain it is a forbidden behaviour that they consider unnatural; the Quebeckers explain they believe it to be normal.

As Stern embraces adulthood at the end of the film, you hope she will find a husband who appreciates her intelligence and vivacity; you hope she will enjoy raising the 12 or 13 children for which she longs and not instead find herself both impoverished and exhausted by the experience. You hope for her sake she will never feel the need to be solitary; you shudder to think what will happen should she prove infertile or gay. She is burning with life but sunny Shekinah is not a detailed enough portrait of her community to convince viewers that her light may not be extinguished soon enough.

Film Review
Second time around for Foxfire: Confessions of a Girl Gang
May 16, 2014 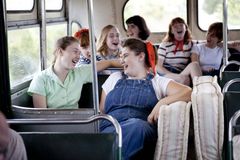 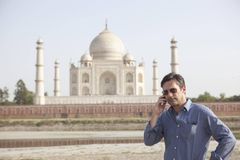 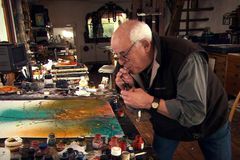 Film Review
Godzilla: Eye-poppers galore and not much else
May 15, 2014 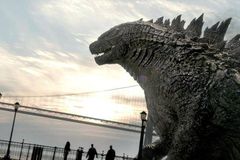