Tarsem Singh has a reputation for making movies that are visually stunning but woefully inert and convoluted in their storytelling (see The Cell and The Fall). Singh's most recent film, Self/less, lives up to at least half of that reputation.

Sure enough, the narrative is schlocky and groaningly over-familiar, but the film is also uncharacteristically drab visually, with a washed-out colour palette and anemic pacing.

The only sequence where Singh's gifts for blending sound with image come to the fore is a stand-out montage sequence where the film's elderly protagonist enjoys his new, younger body by having sex with a score of interchangeable young sexpots in a hypnotic sequence that moves to the propulsive, electric rhythms of black New Orleans kids beating on homemade drums in the scorching heat. The sequence stands out in part because it uses the film's setting smartly, if shamelessly, but also because the rest of the film's imagery is so thoroughly unimaginative.

In a performance no one will remember him for, Ben Kingsley stars as Damian, the aforementioned old man, a mogul so insanely rich that his apartment appears to be a giant gold bullion cube. Damian's wealth can buy him everything but health and youth and, in a crazy twist, it turns out that it can buy him that, as well. The dying multimillionaire discovers that there is a sinister and mysterious company that specializes in a process called "shedding" that allows masters of the universe such as himself to trade in their decrepit, aged and sick bodies for shiny models that appear to be brand new.

Sure enough, Damian signs on at the cost of a not-so-small fortune and finds himself upgraded into a well-muscled 35-year-old body that now allows him to be played by Ryan Reynolds. The now-young Damian briefly enjoys the advantages of being young and sexy, but he's haunted by flashbacks and hallucinations that pull him, and the film, into a deeply uninteresting and hopelessly clichéd direction.

In its early going, Self/less at least has the audacity and ambition to follow in the footsteps of Seconds, John Frankenheimer's trippy, gorgeous and visually daring 1966 character study about a sad old man who undergoes a process similar to the one Damian experiences and wakes up looking like Rock Hudson. But the film seems perversely uninterested in its promising premise and runs away from it at the first opportunity.

Damian hasn't had much of an opportunity to enjoy the perks of looking like Ryan Reynolds before the film shifts frustratingly from an exploration of mortality and identity to one of those weirdly ubiquitous action-thrillers where a man who finds himself suddenly blessed with super-soldier skills must protect himself and a terrified woman from an ominous conspiracy out to stop them at all costs. Kingsley's performance is notable primarily for the bad Dustin Hoffman impersonation he seems to be doing with his New York accent. Reynolds has proven himself as an actor through the years, most recently in his wonderfully insane, committed turn in The Voices, but he is convincing neither as a man with the brain of a rich old guy inside him, or as an action hero.

Singh has been hamstrung by weak scripts, but Self/less is a stinker even by those standards. David and Alex Pastor's screenplay is a compendium of hoary clichés that features multiple instances of characters looking on Wikipedia or Google as a way of clumsily conveying relevant information, New Orleans as a lazily "colourful" backdrop, and, in an unintentional homage to action movie conventions, a set-piece at an abandoned warehouse housing old Mardi Gras floats. If you're going to set a film in New Orleans, why not make it the most stereotypically New Orleans movie imaginable?

Self/less's protagonist is also two disappointing, under-realized and poorly conceived characters in one. It's understandable why Damian undergoes a dramatic shift as his personality and the instincts and personality of the body he's inherited increasingly overlap.

What's less understandable, and less forgivable, is why a director with as much personality as Singh made a movie this maddeningly generic. 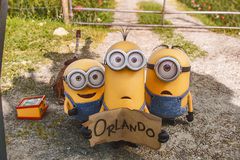 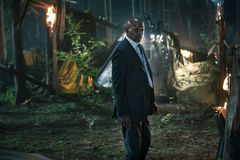 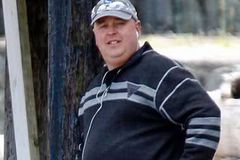