Dozens of corpses line the walls of a derelict Arizona house. Mutilated bodies hang from an overpass in Juarez, Mexico. Limbs fly after an explosive device catches FBI agents by surprise. These are just a few of the bright and cheery images offered in Denis Villeneuve's Sicario, the director's latest treatise on the horrors of man.

But while the film's visuals and narrative are pitch-black – or perhaps a shade of reddish black, with all that blood and viscera – Villeneuve (Prisoners, Incendies) once again proves he can craft a gripping tale that never collapses under its own moral weight. Sicario is not an easy film to watch, but it is a riveting and essential one.

The plot is simple, if obsessed with appearing more twisted than it actually is: In Arizona, an FBI agent named Kate (Emily Blunt) is nearing burnout as her team faces the gruesome ripple effects of Mexico's drug wars. Constant kidnappings, money laundering, a stream of fresh villains: there seems to be no end to her agency's fight against the cartels. Just as Kate recovers from her latest bust, though, along comes the mysterious DEA official Matt (Josh Brolin) and his even more shadowy colleague Alejandro (Benicio Del Toro), who both promise her the chance to cut the cartel snake off at its head.

What follows are several scenes of big men with bigger guns "dramatically overreacting," as Matt aptly puts it. A stop at the Mexico-U.S. border starts as a marvellously tense prisoner-exchange, but two minutes later there are bullet-riddled thugs and buckets of sweat. A raid on a drug-smuggling tunnel plays like a high-art cross between an episode of COPS and Zero Dark Thirty's night-vision assault on the Bin Laden compound. Even one moment of seeming levity mutates into a near-death experience for Kate, who is saved by what can only be called a Del Toro ex machina.

The cumulative effect of all this doom could easily be numbing. After all, Villeneuve has created a world where the body count is impossible to tally, everyone has a hidden agenda and the war on drugs is less a defined battle than a multibillion-dollar ouroboros metaphor. But though this hell might be unbearable for those trapped within it – Kate's downtime is basically spent washing the blood from her hair – it is startling, pulse-pounding cinema. Aided by Roger Deakins's smooth and steady cinematography, Villeneuve finds beauty in the carnage: Never has a pile of corpses looked so, well, intriguing. Call it exploitative, but this is horror as high art.

The fact that the director does all this while still delivering an elegant, if blunt, lesson in geopolitical affairs is impressive. Doubly so when you consider that the three main characters exist in so many wonderful shades of grey. Kate is never boxed into the standard "kickass-heroine" role à la Sarah Connor or Ellen Ripley. Matt is all cocky swagger, but his confidence belies a hidden darkness. And Alejandro, the most enigmatic of the trio, carries a back story worthy of its own cinematic universe (something that the Sicario producers are contemplating at this very moment). We can thank Villeneuve and rookie screenwriter Taylor Sheridan's tight script, but also Blunt, Brolin and Del Toro, each of whom has never been better.

Villeneuve, who got his start in Quebec with his similarly righteous and intense Maelstrom, often gets labelled a miserabilist. But if his desire to explore the dark results in such compelling films, then misery loves company. 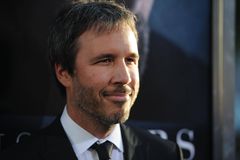 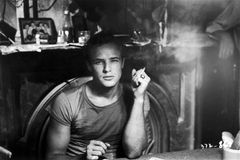