Early in Martin Scorsese's Silence, cinematographer Rodrigo Prieto creates a beautifully composed but puzzlingly detached image of the film's protagonists. They are two 17th-century Portuguese Jesuits determined to uncover the fate of their revered mentor, a missionary who has gone missing in Japan. Convinced that rumours of his apostasy in the face of Japanese torture are vicious slurs, the two young priests set out on a perilous mission armed only with their unshakable Catholic faith.

As they leave behind the impressive ecclesiastic architecture of their order's headquarters and walk down a long flight of stone steps, Prieto's camera rises higher and higher above their black robed figures. From that celestial vantage point, he neither follows them as they depart the certainties of Europe nor precedes them as they move toward the trials of Japan but instead tracks their increasingly distant figures travelling from left to right across the screen. God looks down from a great distance on the action of Silence, a film about faith that would seem to require it.

The struggle for faith is a subject of lifelong interest to Scorsese; it was a theme that challenged criminality in Mean Streets back in 1973 and animated Jesus himself in The Last Temptation of Christ. In that 1988 film, controversial because the temptations included sex, the supernatural was omnipresent as Willem Dafoe's very human Jesus was hounded by divine voices, advised by dead prophets and visited by unearthly visions. Lazarus rose convincingly from the dead and the audience was even treated to the spectacle of God's son ripping his own heart out of his chest.

But by the 17th century, as Portuguese traders and missionaries travelled to Japan, the age of miracles was past and as Scorsese here adapts the 1966 novel by the Japanese writer Shusaku Endo, he is left with the difficult task of making an invisible faith cinematically alive and emotionally current. For all that Silence is a gorgeous film filled with imagery that is sometimes startling and often compelling, the director sadly fails in a passion project decades in the making: This is a long and dull costume drama that seems to think a contemporary audience can picture faith as easily as it does a cassock, cross or kimono.

The first people that Rodrigues (Andrew Garfield) and his companion Garrpe (Adam Driver) encounter in Japan are secret Christians hiding their practices from authorities who increasingly see the foreign religion as a threat to local power. Surviving without a priest to say the mass or baptize their babies, these villagers are touchingly grateful to the Jesuits, who stay hidden in a mountain hut during the day and practice the rites at night. But the motivation for the villagers' dangerous adherence is opaque and once they are discovered and forced to recant by officers of the Japanese Inquisition, their dilemma is a complete mystery in a secular age. Why would anyone choose to face the grotesque tortures so powerfully depicted in Silence – especially if apostasy requires nothing more than placing one's toe on an image of a saint? And why would the missionaries themselves risk martyrdom?

Without any engaging answer to those questions, the film's emotional tension slackens. This is not only the fault of Scorsese's sweeping direction and a script (which he co-wrote with Jay Cocks) that doesn't use dialogue to fill in the blanks, it is also the product of some highly optimistic casting. The young Garfield (The Amazing Spider-Man, among other credits) is sweetly resolute and gently anguished as the missionary Rodrigues but any hope that the actor might elucidate the psychology of philosophical certitude or the pain of religious doubt proves vain. Driver, an actor so adept at suggesting struggles of the ego, seems a much more likely candidate for the job and here, with his lank hair and oversized features creating the effect of a sensitive adolescent plunged too suddenly into the adult world, he achieves some powerful scenes of both doubt and martyrdom. Unfortunately, his character disappears from the action abruptly.

The film takes something of a left turn in its final third as Rodrigues finally encounters the mighty inquisitor (the Japanese comedian Issey Ogata) and the sought-after Portuguese advisor (Liam Neeson), and receives a lesson in cultural sensitivity from them both. These scenes are much more interesting than what has preceded them and Ogata's seriocomic work as the inquisitor is crucial to the introduction of a more nuanced approach to the story: are Rodrigues and Garrpe wrong to trust the ardent conversion of the Japanese Christians? Is their mission merely colonial? Now, Silence opens itself to the relativism of the 21st century – removing itself even further from the faith of the 17th. 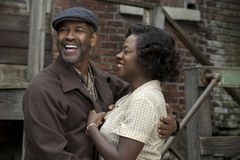 Film Review
With La La Land, Damien Chazelle has crafted a perfect film
December 21, 2016
Review
Passengers: In space, no one can hear you retch
December 20, 2016
Follow Kate Taylor on Twitter @thatkatetaylor
Report an error Editorial code of conduct
Due to technical reasons, we have temporarily removed commenting from our articles. We hope to have this fixed soon. Thank you for your patience. If you are looking to give feedback on our new site, please send it along to feedback@globeandmail.com. If you want to write a letter to the editor, please forward to letters@globeandmail.com.
Comments