A mental-illness-themed romantic comedy and madcap dysfunctional-family celebration, Silver Linings Playbook is poised to be the most popular and critically lauded film yet from director David O. Russell. After winning the BlackBerry People's Choice Award at the Toronto International Film Festival and receiving a slew of glowing reviews, it could easily follow Slumdog Millionaire and The King's Speech into Oscar history.

A caveat seems in order. There's a risk of over-hype. Yes, Silver Linings Playbook, adapted from Matthew Quick's 2008 novel, sparkles with eccentric charm and off-rhythm performances from its two leads, Bradley Cooper and the ever-surprising Jennifer Lawrence. But this is a safer, more sentimental film than Russell's panicky early comedies, Spanking the Monkey and Flirting with Disaster, or his war satire, Three Kings, or his darkly comic sports film, The Fighter. Squint a little and you can easily see Silver Linings Playbook as a better-acted version of any number of Sundance-style films about quirky outsiders who find a common bond.

What works, effortlessly, are the performances. Cooper exudes his usual charisma with an abrasive but vulnerable edge. He plays Pat Solitano, a bipolar high-school teacher who is released from a psychiatric hospital, where he landed after assaulting his wife's lover. Therapy has left him not cured, but with inexhaustible reserves of optimism and physical energy, though he is still in the depths of obsessive delusion. He is convinced he can get his job and his marriage back, despite restraining orders against going near his wife and the school.

Pat moves in with his working-class parents. His father, Pat Sr. (a relatively restrained Robert De Niro), is a bookie with obsessive problems of his own, who has been banned from his beloved Philadelphia Eagles games for fighting with other fans. His mother, Dolores (Jacki Weaver), is the hearty overbearing enabler to both son and husband.

Pat Jr. is determined to stay fit to win back his wife, so he runs around the neighbourhood, wearing a garbage bag over his T-shirt (as a protection against rain or who-knows-what). When not running, he is busy reading the syllabus of his wife's high-school English class. That causes him to flip out in the middle of the night after reading the downbeat ending to Ernest Hemingway's A Farewell to Arms. Another trigger to violent rage is Stevie Wonder's My Cherie Amour, the tune that was playing when he discovered his wife's adultery.

A friend decides to distract Pat by introducing him to a young widow, Tiffany (Jennifer Lawrence). Tiffany is given to Goth trappings and an unfiltered conversational style that startles even Pat. A self-described "crazy slut with a dead husband," she has been fired from her job for her serial sexual indiscretions and now lives in a garage studio apartment at the back of her parents' home, From her opening line inquiring what meds Pat is on, she consistently challenges his world view with her own askew perspective.

From here, the plot depends more on sheer velocity than credibility: Pat wants Tiffany to help him win his wife back; Tiffany wants Pat to enter a big dance contest with her. So they strike a bargain. Meanwhile, Pat Sr. puts everything he owns on one big bet. The dance contest and football become a joint test of the magic and family karma.

The film's dare-to-believe bandwagon is not entirely irresistible. What is impossible to ignore, though, is the acting juggernaut that is Jennifer Lawrence. Just 21 when the film was shot, the star of Winter's Bone and The Hunger Games still has a mercurial baby-faced softness that makes her fascinating to watch. Here, in her first real adult role and first comedy, she trades dialogue with Cooper with the snappy rhythms of a David Mamet play, and stares him down like a cobra ready to strike.

There's only a little about Silver Linings Playbook that is genuinely unnerving, and nearly all of it resides in Lawrence's performance. 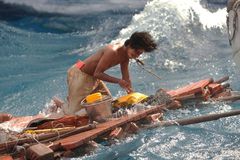 Film Review
Red Dawn: If you love preposterously insincere flicks, this one’s for you
November 21, 2012 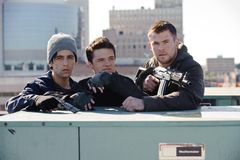