The world is not lacking for films about the secret lives of adolescent boys. Boyhood, The 400 Blows, The Spectacular Now, The Kings of Summer, Submarine, Stand By Me … there are enough male-centric coming-of-age dramas out there to fill up an entire film festival (but don't mistake this as a plea for more film festivals). Someone, though, forgot to mention this glut to Andrew Cividino, the director of the new boys-will-be-boys tale Sleeping Giant. And thank God for that.

Cividino makes his feature debut here, but instead of falling into the rookie tropes of the genre, he has produced a film of startling power, all by working as simply as possible. The film was shot on location in Thunder Bay, Ont., using mostly exterior shots and natural light, eliminating the need for ambitious (and costly) setups; most of the cast members were first-time performers; and the entire thing was shot in about 20 days, because of its tiny budget. What might have been restrictions and unmanageable challenges for others turned out to be blessings for Cividino, who has made a drama of honesty and sincerity, slimmed down to its most central, raw elements.

Set in an unnamed corner of Northern Ontario cottage country, Sleeping Giant follows three young boys just on the other side of puberty, with all the confusing, awkward and horrible elements that entails. There's not much more of a plot to it than that – over the course of just under 90 minutes, we follow Adam (Jackson Martin, the only semi-professional actor among the leads) and trouble makers Nate and Riley (real-life cousins Nick Serino and Reece Moffett) as they while the languid days away and cause low-level havoc.

A few familiar story lines emerge, such as a romantic triangle with a local girl and a subplot involving parental betrayal, but they are handled with such a deft touch by Cividino and his co-writers Blain Watters and Aaron Yeger that every turn of the story feels thrilling and fresh, rather than rehashed and stale. As the film unfolds and hints of tragedy dot the horizon, Cividino resists the easy urge to dip into melodrama and instead presents a visceral portrait of the ugliness that is growing up. (For anyone who might be shocked at the words and sexual "knowledge" coming out of the young actors' mouths, trust me – teenage boys are just that awful in real life, too.)

If the film falls down slightly, it's only whenever Cividino strays outside his central trio's world. The few times the film breaks from the boys to explore the messy lives of their supposed caretakers, everything slips into the cheap and easy clichés that the director had thus far carefully avoided. Still, that misstep is minor, especially when faced with such strengths as James Klopko's gorgeous cinematography, which captures the beauty and danger of the rural landscape with a true sense of awe.

The industry has produced more than enough youth-in-revolt films, but Sleeping Giant's volatile, captivating and singular vision proves there's room for at least one more.

Richard Linklater gets older, but his films stay the same age
March 31, 2016 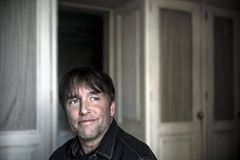 Film Review
The jocks get revenge in Richard Linklater’s Everybody Wants Some!!
April 1, 2016 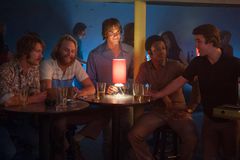 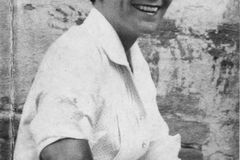