Something in the Air is definitely atmospheric, free-floating as it does through the charged currents of a lost time. The spring of 1971, Paris, to be precise, three years after the May upheavals – yet not so far removed that the political climate isn't still turbulent. For writer-director Olivier Assayas, the movie is a quasi-autobiographical return to his own youth and to the era that shaped him, but maybe that's part of the problem. In his last two features, Carlos and Summer Hours, Assayas has been at the top of his game, in firm command of the material. Here, although the period details are superbly etched, he seems too close to his characters to form the judgments need to create any real dramatic tension. And an overdose of sympathy makes for a wispy picture, likeable certainly but lacking in crispness and clarity.

The script, which can be seen as an extension of Assayas's 1994 film Cold Water, is quick to set the political stage. One moment, high-schooler Gilles (Clément Métayer) is listening to a lecture on Pascal, the next he's in the midst of a chaotic protest march pursued by billy-clubbing cops. With Trotsky as its patron saint, his particular group is soon back in business, distributing pamphlets by day and, at night, spraying the school building with graffiti and the occasional fire-bomb. Not that Gilles doesn't have other interests, like his abstract paintings and his very concrete muse, a lovely brunette who doubles as a bed-mate, at least until London calls and she's off.

So is Gilles, when the semester ends and he joins two others in the group – fellow painter Alain (Félix Armand) and earnest Christine (Lola Créton) – on a trip to Italy. There, they hang with older members of the movement, watch agit-prop docs on open-air screens, and intensely debate questions like, "Shouldn't a revolutionary film employ a revolutionary syntax?" If you've already concluded that such lofty queries are sadly absent from today's YouTube age, rest assured that Assayas will be the first to award you a gold star and consider his point well taken.

Anyway, Gilles's view of the docs – "Boring films, primitive politics" – begins to set him apart from his peers, especially from his new lover Christine, who has a more doctrinaire approach to these matters. When they part, she to foment unrest elsewhere and he to sketch Roman ruins, the symbolism is sledgehammered home. Seems that art and politics, inextricably linked in revolutionary times, have once again gone their separate ways.

Back in Paris, to the strains of the period score (Captain Beefheart, Tangerine Dream), Gilles enrolls in art school, hovers on the margins of the Trotskyite crowd, argues with his TV-producer dad, and winces as his now drug-addled muse literally plays with fire. Indeed, as both destructive force and purifying agent, fire is a recurring image here, an ironic choice in a picture without much heat. Rather, through his mid-range camera, Assayas, like his young alter ego, is content to watch the passing scene from a non-judgmental distance. His observations can be rich but they play like pensées – we're intellectually engaged yet emotionally detached.

Ultimately, of course, filmmaking becomes Gilles's career of choice. He heads to England to work as a gofer at Pinewood Studios, specifically on a shoot for a sci-fi spectacle complete with marauding Nazis and rapacious monsters and babes in leopard-skin bikinis. Smiling, the wannabe director sees a future in the movies. Frowning, we see something else – the future of the movies.

A French filmmaker looks back at his teenaged self
May 23, 2013 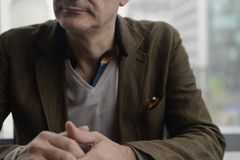 Carlos: The vanity and emptiness of a Me Generation terrorist
October 21, 2010 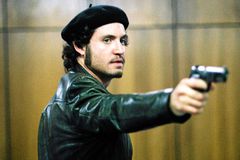 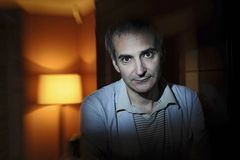 Summer Hours: A family feud in France? Shrug, elegantly, and bear it
June 18, 2009
Follow us on Twitter @globearts Opens in a new window
Report an error Editorial code of conduct
Due to technical reasons, we have temporarily removed commenting from our articles. We hope to have this fixed soon. Thank you for your patience. If you are looking to give feedback on our new site, please send it along to feedback@globeandmail.com. If you want to write a letter to the editor, please forward to letters@globeandmail.com.
Comments