Three male friends make a pact to stay single and play the field in That Awkward Moment, a first-time feature from Tom Gormican that tries to mix Hangover raunch with a heartfelt Jerry Maguire-style romance, in what might be more aptly titled Those Awkward 94 Minutes.

Zac Efron stars as Jason, the swaggering narrator of the story. Along with his sardonic buddy Daniel (Miles Teller), he works in one of those quaint romcom-type artisanal careers, designing book covers for a boutique Manhattan publishing house. The gig is, improbably, lucrative enough to keep him living in a chic, brick-walled loft, with enough money left over for hair gel and a nightly bar tab.

Their other friend, Mikey (Michael B. Jordan), has a real job as a workaholic ER doctor. When Mikey gets dumped by his wife Vera (Jessica Lucas) for another guy, Jason and Daniel make a vow to help him play the field. In one of those pals-before-gals pacts (which date back to Shakespeare's Love's Labour's Lost), they agree that none of them can fall in love. In a contemporary update, they'll work to expand their "rosters" of booty calls. The "awkward moment" of the movie's title refers to the supposed occasion when a female friend with benefits decides to call in her debts, and demands to know where the relationship is headed.

Predictably, the best-laid plans, and best-planned lays, go awry. Soon all three men are seeing someone special, while trying to keep it from their bros. Jason meets and beds a smart-talking young woman at a bar, Ellie (Imogen Poots of A Late Quartet), whom he initially mistakes for a hooker before he falls in love with her when he discovers she's a patrician type who runs a literary lecture series. At the same time, Daniel starts noticing his gorgeous, gangly, wise-cracking girl buddy, Chelsea (Vancouver native Mackenzie Davis, who's terrific), because he'd be crazy not to. Meanwhile, Mikey is secretly trying to patch things up with his unfaithful wife. Jessica Lucas's Vera, in a handful of scenes, is never more than a vain cheat, while both Poots and Davis, in their brief, underwritten roles, register as considerably more interesting than their emotionally stunted male counterparts.

Efron, though consistently looking overstyled, is decent enough as a redeemable jerk, within the limitations of the script. After letting Ellie down at a critical moment, he makes up for it with one of those heart-felt public speeches that seems less poetic than trite.

The film's more irksome offence is the waste of Teller and Jordan, who starred in two of the best American independent features last year. Teller, who did a superb turn as a teen-aged alcoholic in The Spectacular Now, here offers a junior version of that sleepy-eyed, sarcastic Bill Murray/Vince Vaughn shtick: He coasts at being a coaster. In Fruitvale Station, Jordan played a young African-American man killed on New Year's Eve by transit police. Jordan, who was loose and charismatic in that film, is straitjacketed here as a vulnerable nerd with a woeful lack of spontaneity.

In one of the movie's numbingly dumb series of penis and toilet jokes, Mikey pleasures himself using some of Daniel's tanning cream, leading to selective discolouration. In the hands (and minds) of Judd Apatow or the Farrelly brothers, this sort of line-walking gross-out might have pushed some interesting buttons – but here, nothing. Like its characters, That Awkward Moment has commitment issues: It lacks the courage of its bad taste.

Film Review
The Spectacular Now: Not your average tale of teen romance
August 16, 2013
The time is ripe for 'Fruitvale Station'
July 26, 2013 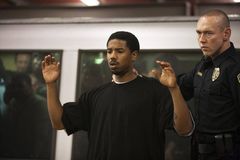 Film Review
At Any Price: A social-message movie set in the American heartland
May 10, 2013 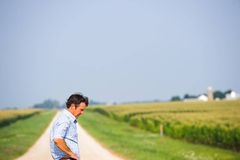